Ann Coulter’s backward use of the ‘r-word’ 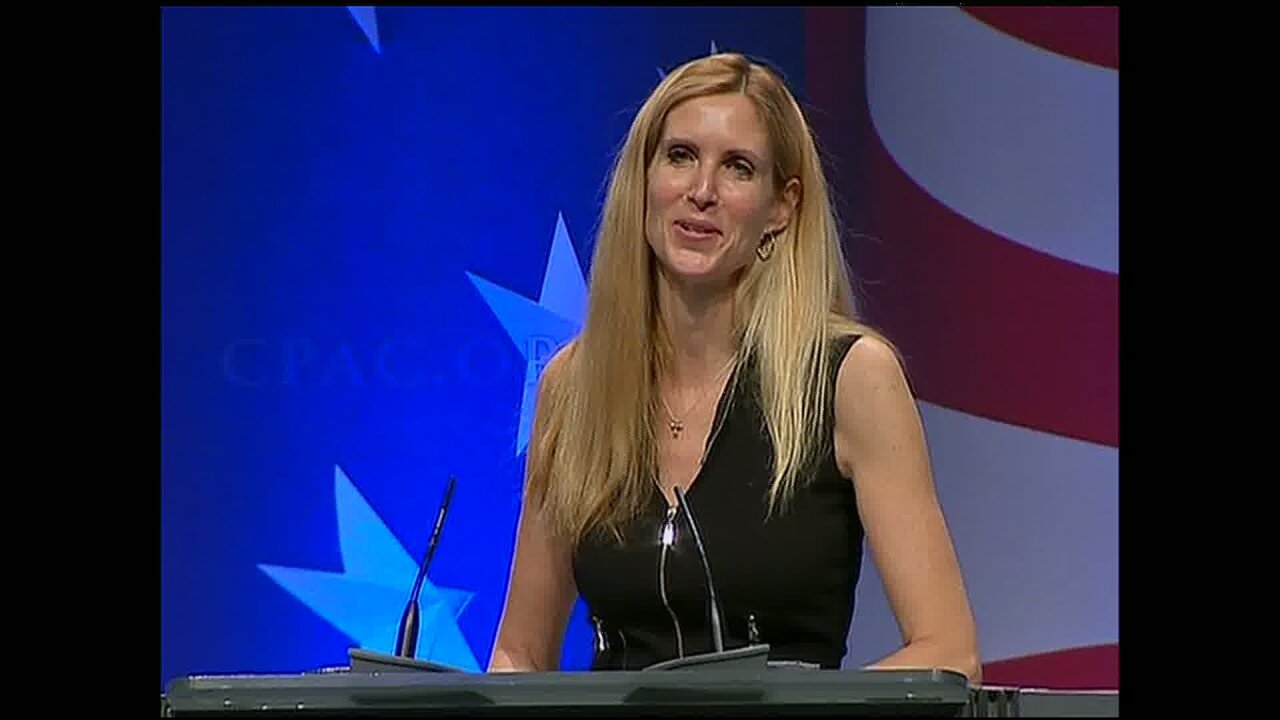 Conservative syndicated columnist Ann Coulter came to the Conservative Political Action Conference Saturday, February 12, 2011, with her customary soapbox and her lecturer’s cap. “Here’s a lesson of history: Do not allow Democrats anywhere near foreign policy. Not even to keep them away from domestic policy. It’s a mistake to ask those who don’t even like democracy to defend it,” she said. Coulter delivered a litany of conservative one-liners at CPAC during a speech that, at times, felt much like […]

(CNN) — Conservative political pundit Ann Coulter lit up the Twitterverse after Monday night’s presidential foreign policy debate with the comment that she approved of “Romney’s decision to be kind and gentle to the retard,” in an apparent response to critiques of Mitt Romney’s performance.

“At this point, I’m thinking the woman must surely be aware that the word is offensive, and she chooses not to care. That’s pretty vile and heartless,” said Seidman, the mother of a special needs child who shares her world on the blog “Love that Max.”

“You want to slam the president, go ahead. But you can’t think of any other word to use? Come on.”

The word “retard” demeans Max and millions more with intellectual disabilities, Seidman tweeted at Coulter. Still, the comment was favorited 1,215 times and earned 2,993 retweets as of this writing, presumably by a number of people who didn’t find it offensive. But sentiments from those who chose to respond to Coulter on Twitter ranged from disappointment to outrage.

“You disgust me. That man is the president of this country. (& I’m sure all of the disabled children in America appreciate you.),” actor Sophia Bush tweeted.

“Politics aside, this tweet from @anncoulter was offensive & disgusting. ANY use of the “R” word is unacceptable,” @amurphy217 said.

Even people known for their sense of humor came out against it. Comedian and Twitter personality @Uncle_Dynamite resurfaced a 2-year-old post from his tumblr in which he explained why he would no longer follow anyone he saw using “the r-word.”

He re-posted it after seeing people retweeting and favoriting the tweet, which he found disturbing coming from a a “well-educated, self-described Christian with such a huge public presence.”

He hopes she’ll read it and maybe have a change of heart, but he’s not necessarily counting on it.

“Based upon Ann’s tweets today, I’d say she’s dug in and unrepentant,” he said Tuesday in an e-mail. “She must not know, love or respect anyone with an intellectual disability, then, and more’s the pity. I’d like to see her after a great day of volunteering at a Special Olympics or Best Buddies event. I’d lay odds she’d never think or say the r-word word ever again, and she’d probably be quick to anger if someone she heard did so.”

Others observing the controversy surmised that Coulter used the word solely to draw attention.

“Guys. Ann Coulter is trolling you. Always. Outrage gives her strength. The only thing that will kill her? Complete & utter indifference,” @PaprbakPrincess tweeted.

Congress banned the use of the words “retard” and “retardation” in 2010 in federal health, education and labor laws in favor of using the words “intellectual disability.” The American Psychiatric Association also plans to replace the term “mental retardation” with “intellectual development disorder” in the fifth version of The Diagnostic and Statistical Manual of Mental Disorders, to be published by in 2013.

Then why do people cling to the word, Seidman and people like her wonder. She has posed the question before in her blog, which is probably why she woke this morning to find a slew of tweets and e-mails asking her to call out Coulter again for repeatedly using “the r-word” to describe President Obama.

The last time was just a few weeks ago in a blog post called “Let’s talk about people who cling to the word ‘retard.’ ” In the post, she recounted a series of recent examples of the word being used: in a New York Times article, in the comments of a YouTube video she made for the Special Olympics’ annual campaign to end the use of the word, in the comments section of a CNN.com article.

She also included Coulter’s last tweet about a video the president made for the National Forum on Disability Issues: “Been busy, but is Obama STILL talking about that video? I had no idea how crucial the retarded vote is in this election.”

“Many people think that using the word ‘retard’ to slam someone is fine—as long as it’s not actually directed at a person with disability. I’ve had plenty of people argue with me over that distinction. What people don’t understand is that every time someone uses the word ‘retard,’ they perpetuate the idea that people with intellectual, like my son, Max, are stupid or losers,” Seidman said in an e-mail Tuesday.

“As I’ve said before, my son shouldn’t be defined by ghosts of stereotypes past. He has enough to contend with in this world. Use. Another. Word.”