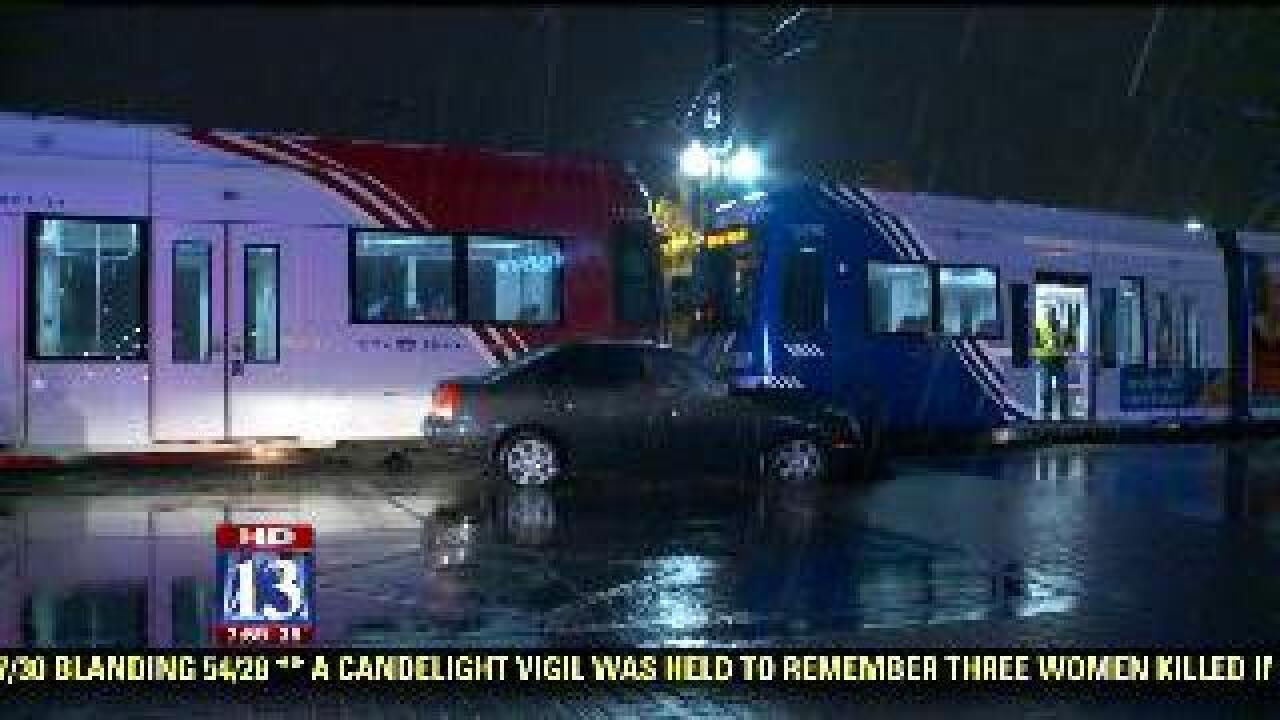 A car and TRAX train have crashed at 300 West and South Temple in Salt Lake City Thursday.

It happened at approximately 6:30 a.m. There are reports that a woman in the car was taken to the hospital. Police said her injuries did not appear to be life threatening.

The crash initially caused some delays on the Blue and Green line, but they were nearly back on schedule by 8 a.m. The Red line service was not interrupted.