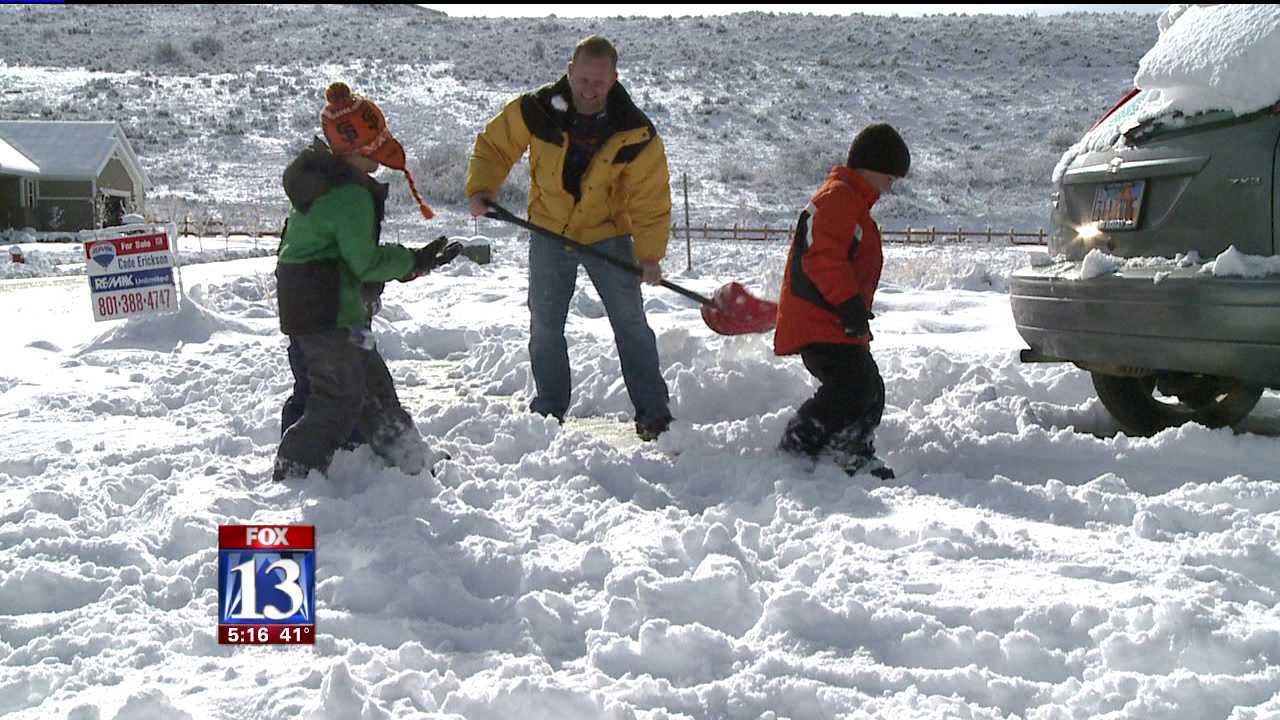 MORGAN, Utah -- It's what students hope for all winter. But in Morgan it happened in the fall. Elementary school students got their first snow day of the school year.

District officials decided to cancel classes at the two area elementary schools after upwards of eight inches of snow fell in the area. Snow plows tried to keep roads clear, but the storm proved too heavy and too fast for school buses.

"I got some calls from our transportation director saying the buses are having some trouble," said Morgan Schools Superintendent Ken Adams. "At that time we had to shut down Mountain Green [Elementary]."

Around 1,200 students stayed home from school. Parents were notified through email and phone calls. Parents say the district made the right call.

"I think it's best if they didn't have people driving on the roads," said Mother Melanie Andrews. "It's just been crazy."

Residents say they typically see some snow in October, but this much was a surprise.

"There's just a ton of snow," said Andrews. "We couldn't believe it."

Because of the storms timing, junior high and high school students had already arrived at school when the district decided to cancel classes. The storm cleared by early afternoon, removing concerns about getting students home after school.