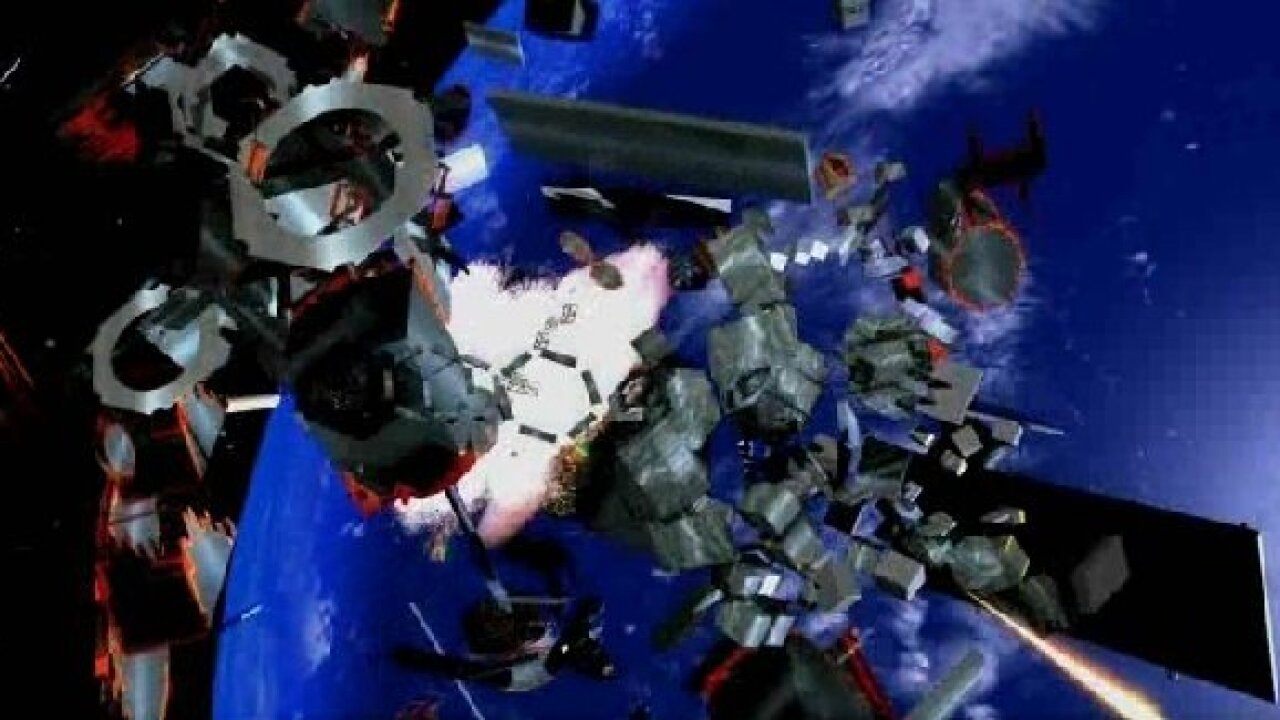 (CNN) — The Air Force wants to rebuild a “fence” around Earth to keep out the riffraff.

Sounds like a Hollywood script to counter aliens or asteroids but it’s a real program the military wants to update at an estimated cost of $3.5 billion.

The “space fence” is a series of radar signals managed by the Air Force that has long tracked an ever-growing pile of rocket and satellite parts and other man-made fragments from collisions that zoom around Earth’s vicinity at thousands of miles per hour.

The military tracks about 20,000 pieces of so-called “space junk” but the actual size of the problem is ten times larger than that. Pieces that need tracking are as small as a softball to as large as a bus.

Regardless of size, the debris is a danger to manned space flight, such as the International Space Station, and unmanned operations, like the hundreds of satellites circling the planet at any one time.

Those satellites bring in television, run GPS and carry cell service, so the everyday and commercial stakes of managing the problem are high. The military also operates communications and other satellites.

The space station crew has been forced to take shelter in escape capsules because of the possibility of being hit by orbital debris on three occasions. The last incident was in March when a piece of debris from a Russian satellite passed close by.

The Air Force alerts NASA and private satellite companies about any “space junk” threatening to collide with one of their spacecraft.

“As every collision creates more and more objects, the problem only gets worse over time, it won’t get better over time,” says Scott Spence, director of the Raytheon Corporations Space Fence Program.

Like an old ranch fence, the Air Force Space Fence is worn out and needs to be “restrung” before something slips through.

Contractors Raytheon and Lockheed Martin are competing for a $3.5 billion contract to come up with an improved system that can identify more and smaller pieces. An announcement on a new contract is expected at year’s end.

“The fence will have greater sensitivity, allowing it to detect, track and measure and object the size of a softball orbiting more than 1,200 miles in space,” according to an Air Force information sheet about what it expects.

The Air Force said it plans on putting up to two radar systems in the United States and in the Marshall Islands in the South Pacific to better track debris.

The Air Force expects construction to begin at the end of 2013 and have a completed system up and running in 2017.

But what about the overall problem of what to do with the debris? It seems as if the technology is not there yet.

“Space has a lot of challenges. The physics of overcoming how much space you want to cover if you want to clean up the debris around the Earth is a daunting one,” Spence said.

Like any good fence, the “space fence” makes for good neighbors if you can keep track of them.