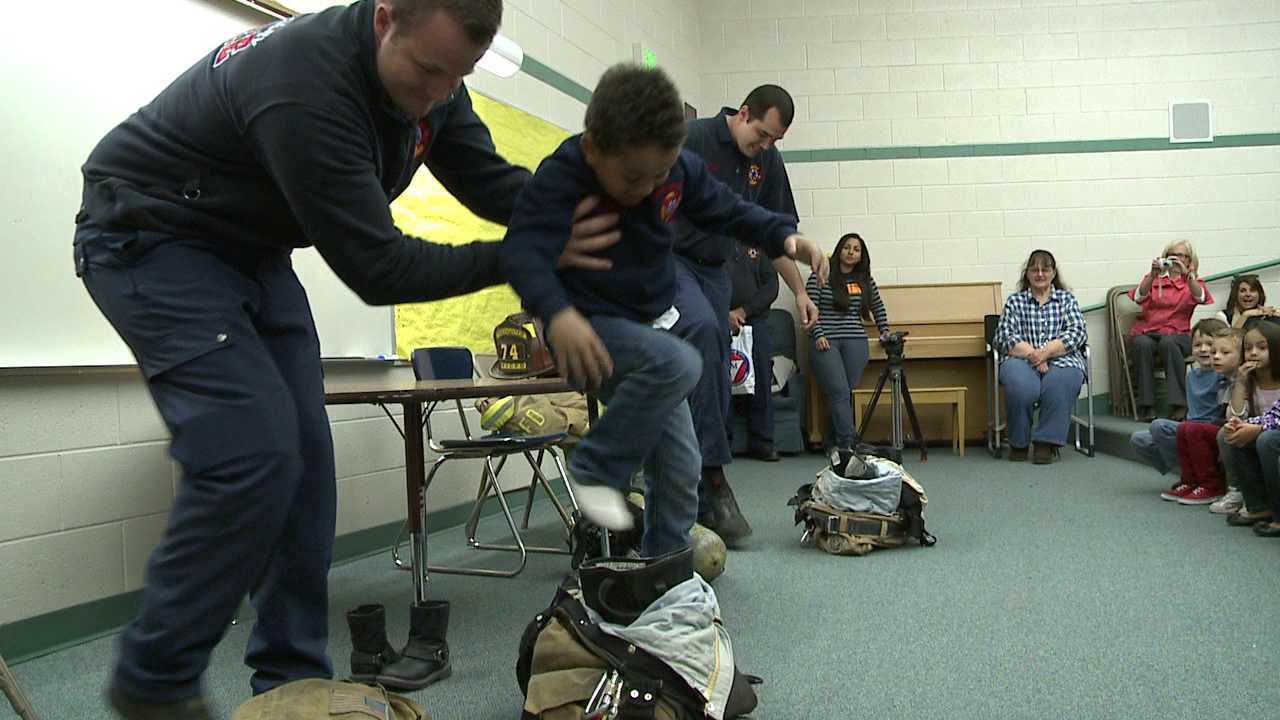 WEST VALLEY CITY, Utah - West Valley City firefighters visited Whittier Elementary on Thursday to help explain what happens when someone is hurt by fire and to help one student gain acceptance from fellow classmates.

First grader Mason Fackrell was severely burned by hot oil while on a camping trip when he was only a toddler. With his accident came scars.

"It's really hard for him because he has burns all over his face and sometimes kids stare at him and look at him in different ways," said Lynette Golze, Whittier Elementary principal.  "I just think that it's easy to stare at his burns, because he has some scars, some very serious scars."

That's why his class invited firefighters to educate students about fire safety. Mason was a part of the assembly as his fellow students cheered him on while he raced to get a firefighter uniform on. His principal and the West Valley City Fire Chief John Evans think it's helping.

"The fun thing is that the kids are treating him much better than even last year, but I think this will even enhance the situation so he can just be one of the kids," said Golze.

As part of the assembly, Mason and his classmates were able to check out a fire truck up close and even got to listen to the siren.

Evans says he thinks education programs like this have helped. In the past 25 years, the number of fires started by children have gone down.