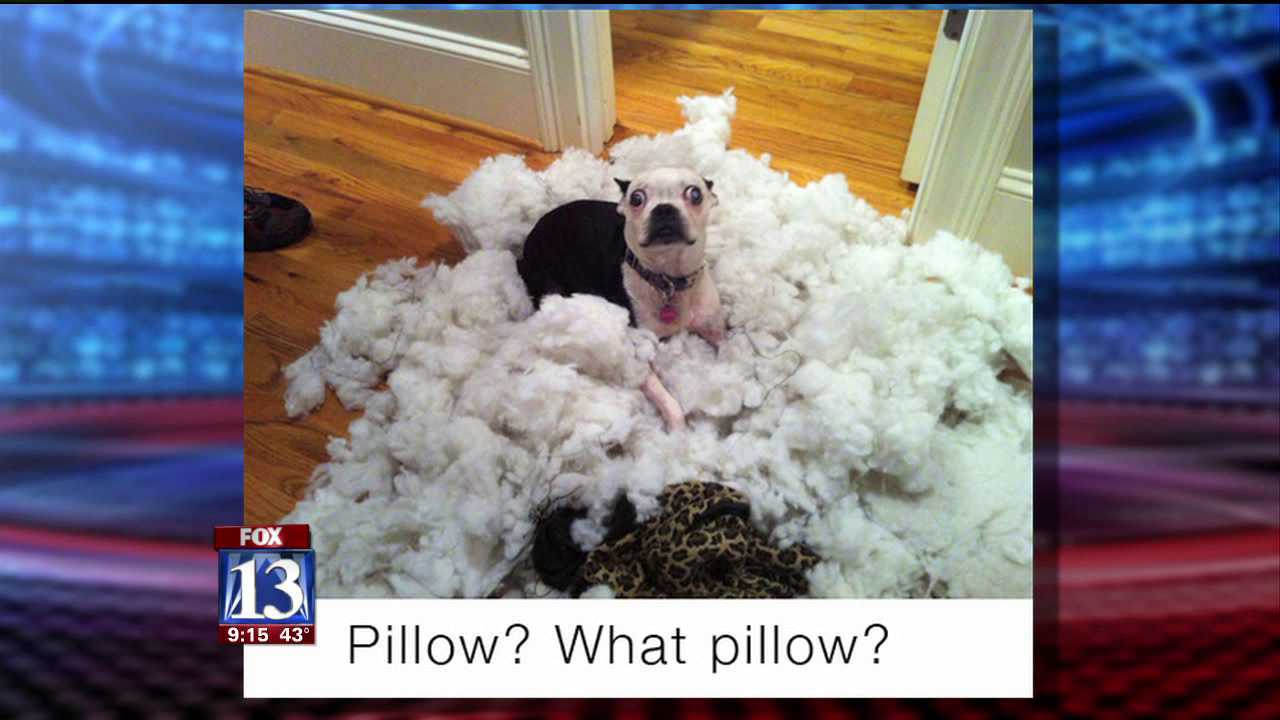 Torn up shoes, gnawed furniture and accidents on the carpet --these are just some examples of the bad habits pet owners are willing to overlook in exchange for the affection, loyalty, and energy provided by a pet pooch.

Some dog owners are posting their canines' bad behavior on a dog shaming gallery online. Those posting their bad dog's behavior probably realize that shaming their dog on the internet won't do any good, but they like to share anyhow.

FOX 13’s Dan Evans interviewed dog owner Christi Thon, who knows the frustration of a dog misbehaving all too well.

Thon’s dog, Ruger, has not always been a good boy. In fact, Thon says Ruger was a real pain as a puppy.

So Thon took Ruger to puppy kindergarten and other obedience classes after that. But Ruger still had some "issues."

“One time I baked cupcakes and went  to the trash can in the garage and came back and I thought 'something is different on the counter,” explains Thon. “He had taken care of six of the 12 cupcakes.”

And Thon thinks her own behavior befuddled the dog when she'd react. She says she's finally learned that losing it doesn't help her dog's manners.

“It is better to just calmly reroute their focuses toward something you want them to do rather than yelling at them,” Thon says.

“I think, man I would love to see the owner with a sign on him saying ‘I'm a bad dog owner, I do not set my dog up for success,’ because so many of them are so fixable -- easily fixable -- whether it's supervision, whether it’s crating,” said Beck, referring to posts on the dog shaming site.

Beck says these household mishaps are more about the owner than the dog.

However, when pets get seriously scolded over getting into something they should not have, dog trainers become concerned about the owners.

“When you leave and the dog gets into something like that and you come back three to four hours later, the dog has no idea what you're yelling about -- if you lost a favorite pair of shoes,” said Beck.

Beck says all dogs are opportunistic. If they see an opportunity, they're going to take it.

"It's very rewarding for the dog to get into the garbage, so me personally, I may be a professional dog trainer, but I lock up the garbage when I leave. So dogs, they'll take advantage of things," said Beck.

Beck says to put your dog somewhere safe and comfortable where they can't get into trouble while you're away.

“Once we’re making them happy and giving them what they need in life to be fulfilled then all that stuff just kind of goes away,” Vasconi says.

Vasconi says the first step to fulfilling a dogs needs involves walking them daily. Walk as a team but you call all the shots.

Second, dog owners should control things of value; feed them at a specific time each day and remove the food when feeding time is over. They should also provide toys and treats but don't leave them out for the dog to control, and control personal space by teaching them to stay in their own area while you are in yours.

“To look at us and say ‘hey, I don't have to worry about anything, this guy right here will take care of everything,’” explains Vasconi. “When you do that, you take a lot of the stress away and all the weight off their shoulders.”

Vasconi says the third step is socialization with their own kind. He says our world and our communication is confusing to them and they love to be around other dogs.

He says other canines do a good job of teaching them how to behave in groups.

Christi Thon lost a pair of shoes, got her baseboards chewed up, and had cupcakes scarfed by Ruger. But after working calmly with her dog fulfilling his needs and improved his attitude and ability to control his impulses.

She has learned while she is the pack leader, happiness means compromise.