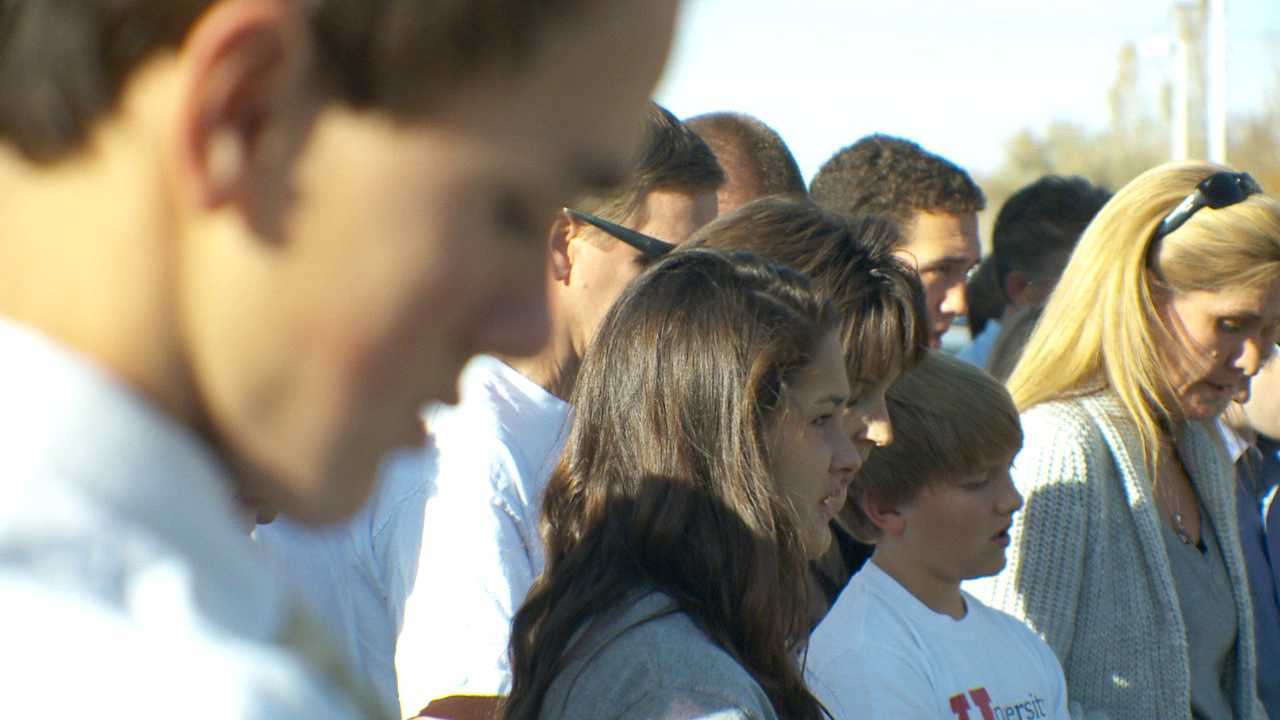 DRAPER, Utah - Hundreds of students and parents gathered at Juan Diego High School to pray for a fellow student who was critically injured in a fall on Friday.

During a rehearsal for "The Drowsy Chaperone," the school's musical, on Friday, 14-year-old Pete Benda, who is on the stage crew, fell about 20 feet from a lift while changing props on stage.

"It happened in our auditorium and on our stage, it was a supervised activity," said Dr. Galey Colosomo, Juan Diego High School principal. "It was an extremely traumatic accident and happened at a time of the day when our students were just going to lunch."

He remains in critical condition a medically induced coma after undergoing surgery for a broken leg on Friday. He also suffered severe head trauma in the fall.

Word spread quickly through social media and students and community members packed the courtyard outside Juan Diego High School praying for Benda and his family.

"It's good that all of us are here and it's uplifting to know this many people are feeling for the Benda family and for Pete," said Riley Rose, Juan Diego senior.

This is the third Juan Diego student who has suffered head trauma in the last 70 days, though Benda is the first to be injured while at school.

Principal Colosomo's nephew Adam Colosomo, also a Juan Diego student, died over the summer after being electrocuted when he came into contact with a wire while climbing a ladder.

"In all honestly, it's good to be praying for somebody who's still alive. Last time we were here, it was devastating with Adam Colosomo so to be here today it's more uplifting," Rose said.

The school canceled performances of the musical on Friday and Saturday after the accident, but the show will go on Monday at 7 p.m. It will be dedicated to Pete Benda.