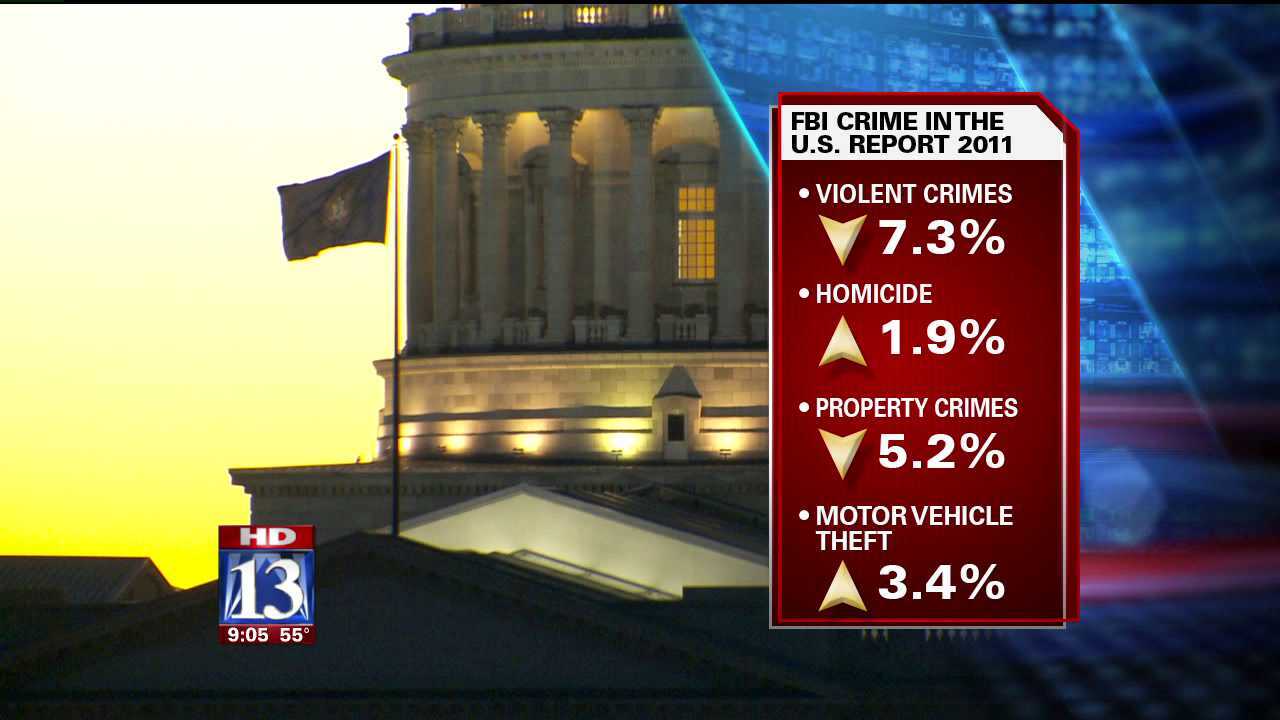 "Overall across the country, the number of crimes committed in 2011 have dropped," said Debbie Dujanovic Bertram, a spokeswoman for the Salt Lake City office of the FBI. "In some cases, a three to four percent drop."

The FBI's annual Crime in the United States Report highlights 2011 figures submitted by police agencies nationwide. The figures reported a four percent drop in violent crimes and a one percent drop in property crimes.

"When you consider the millions of crimes that are committed, a four percent drop is significant," Dujanovic Bertram said Monday. "However, you have to recognize there are millions of victims out there and there is still a lot of work to be done by law enforcement."

In Utah, violent crimes dropped 7.3 percent with the exception of homicide, which is up nearly two percent. Utah reported 54 homicides in 2011, compared to 53 in 2010. Property crimes are down 5.2 percent overall. Motor vehicle theft, however, rose 3.4 percent.

Of the 82 cities in Utah that provided their figures to the FBI report, Salt Lake City ranked number one for violent and property crimes. Utah's capitol city reported 1,213 violent crimes, which include murder, rape, robbery and aggravated assault. West Valley City was the second-most violent city, according to the figures, with 588 violent crimes in 2011. It was followed by Ogden, Taylorsville and West Jordan.

For details on the FBI Crime in the United States Report, click here.

A link to Utah cities and their crime statistics can be found here.