Incredible photo of Sandy behind Statue of Liberty? It’s fake 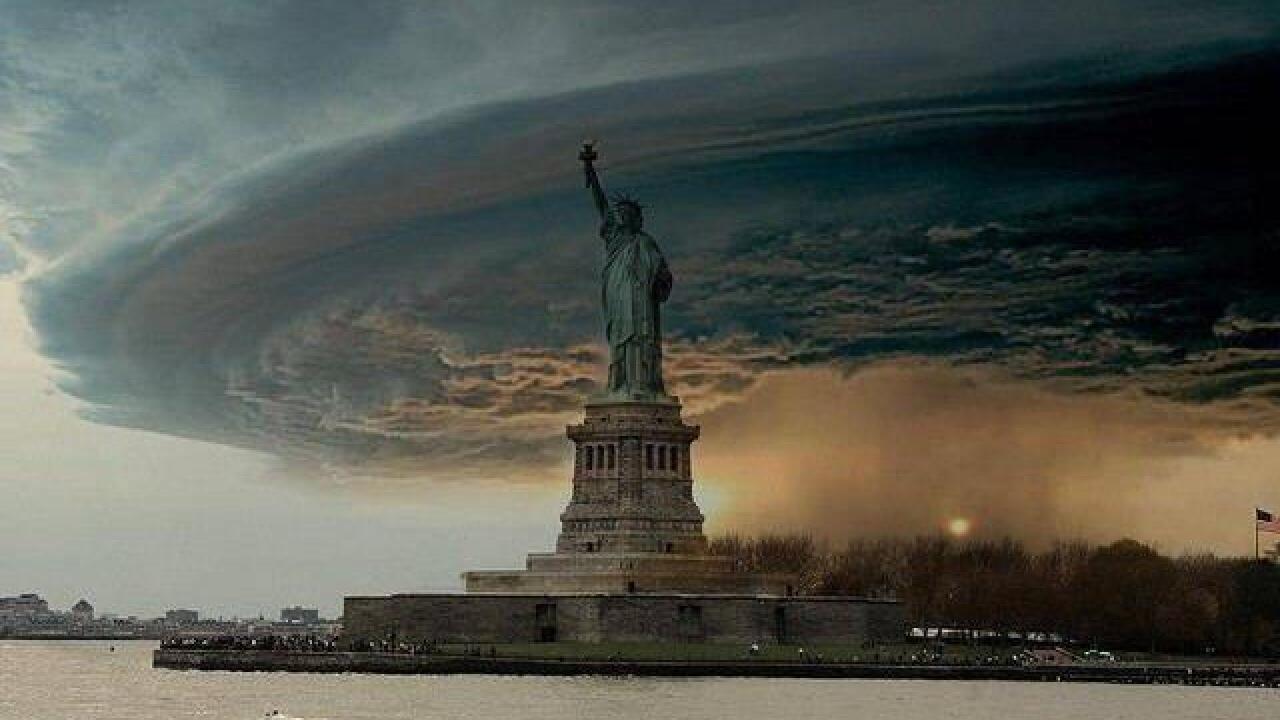 An eerie photograph of the Statue of Liberty with Hurricane Sandy lingering in the background is becoming a viral sensation online Monday – but the picture is not real.

According to a blog on The Philly Post, the image is a mash-up of a photo of the statue along with a photo of “storm-darkened skies over Nebraska.”

The Post reports Snopes.com “busted the myth” in September, 2010 when the photo first made rounds across the Internet after a tornado touched down in Brooklyn.

The photo has been shared tens of thousands of times on social media websites.  It continued to be shared as authentic on Monday afternoon.

Another photo making the rounds today is a promotional still from “The Day After Tomorrow.”