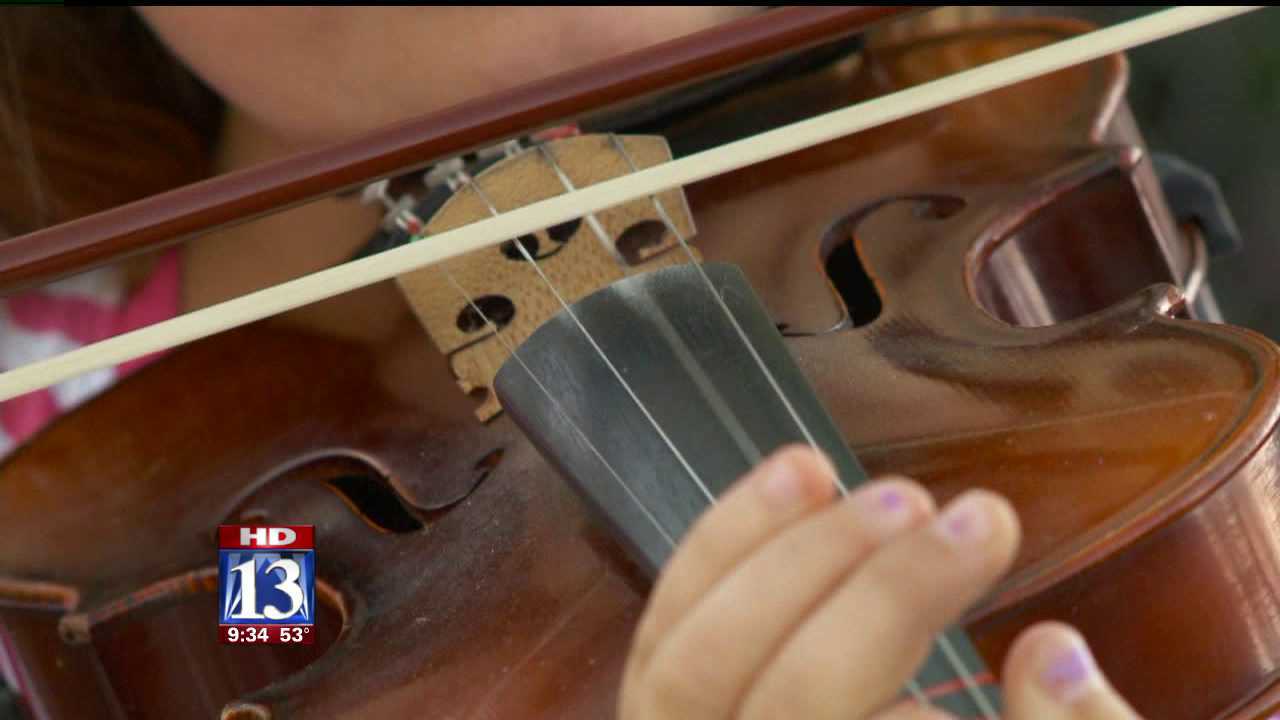 TAYLORSVILLE, Utah -- Band and orchestra classes may become extracurricular for elementary school students in the Granite School District, while more than a dozen music teachers may also be out of job next year.

Eleven-year-old Katelynn Rouse, who is in the 5th grade, is one of the thousands of students who could be impacted if the district's proposal becomes permanent.

"I've been playing violin for two months," says Katelynn. "It would suck because I've started learning it and I think that if they start teaching it they should finishing teaching you it. They shouldn't just start it and then not finish."

Katelyn's mother, Trudi, says she has seen positive changes in her daughter since she has pursued music through the class.

"I don't think a lot of people realize how much learning to play an instrument makes these kids think differently," she says.

More than 3,000 students who take part in band and orchestra will be affected if the changes are approved by Granite District .

Other parents Fox 13 talked to say getting their students to the music class before or after school would become a major challenge.

"I would prefer it be during school because most parents like myself -- single. I don't have time before or after to get them there," says a parent of a Bennion Elementary School student.

The proposed changes would also impact 14 music teachers. One of them spoke to Fox 13 in anonymity, fearing there could be repercussions by making her story public.

"I'm a little bit shocked at their decision, just because it was out of the blue and just a little bit baffled about why they think that that's a better idea," says the music teacher.

Granite District says state law now requires general music be part of the core curriculum, which means the elementary school teachers who instruct students on subjects like science, math and English will now be required to teach "general" music.

"At each elementary school I find maybe two, three teachers that are comfortable teaching music at all and there's a few more than that, that will give it a try. Their general idea of teaching music is putting on a CD and letting the kids sing along to it," says the music teacher.

Granite School District Spokesman Ben Horsley says the programs are not being cut.

"It's not being put on the chopping block. The program is being enhanced and adjusted," says Horsley.

"We're actually pulling those kids out of class for that duration of time, twice a week and they're missing that instruction," says Horsley.

Katelyn does not agree.

"To me, it doesn't really matter that you miss an hour and a half each week. It doesn't seem that big of a deal because you could make it up if the teachers wanted you to," says Katelyn.

The Granite School District says this is just in its proposal phase. But the teachers Fox 13 talked to on and off camera say it is a done deal.

The district says the 14 music teachers will not be out of a job and will work with them to help find teaching positions within the district.

Katelyn, like many other music students, is upset that she may lose out on learning the violin, especially if the class she is in is moved to another school.