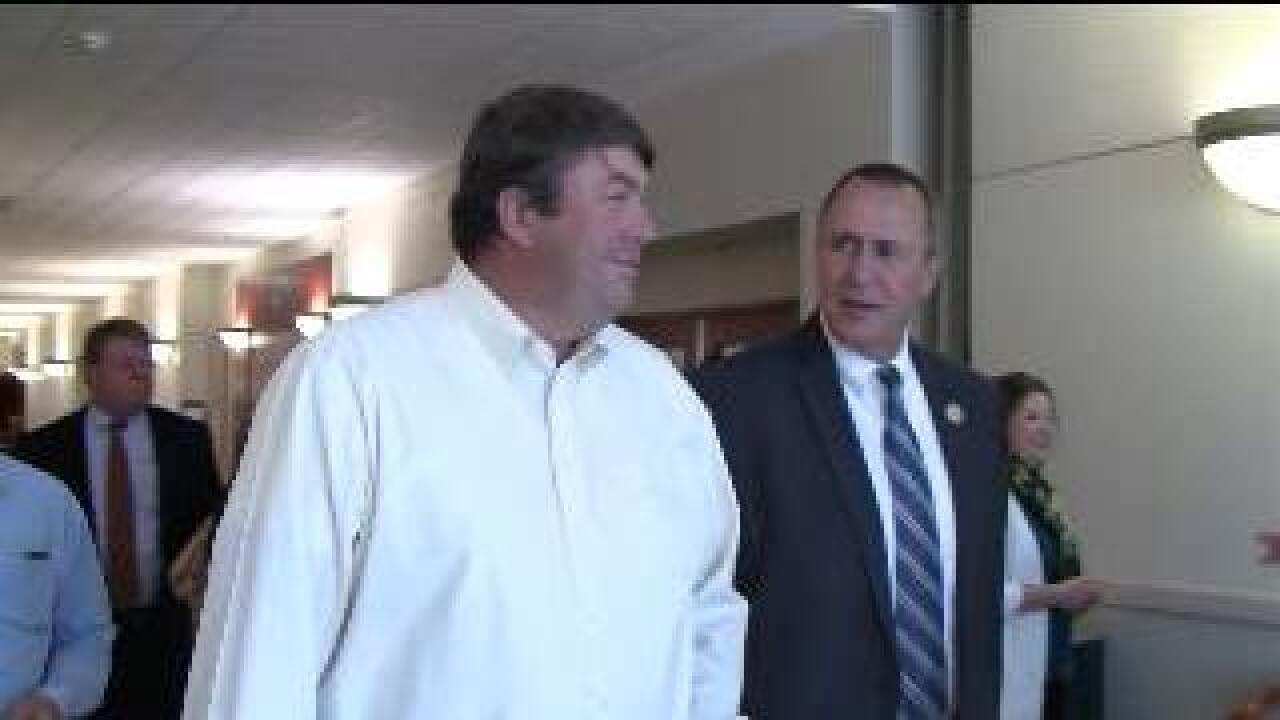 SALT LAKE CITY -- In a rare move, Utah Attorney General Mark Shurtleff was put on the witness stand to testify about why his office hasn't paid a $5.6 million bill in the long-running legal feud over land in the polygamous border towns of Hildale and Colorado City.

"To be put on the stand, under oath, and questioned... it was extraordinary," Shurtleff told reporters outside of court.

Third District Court Judge Denise Lindberg at times sparred and pleaded with Utah's top law enforcement official over the unpaid bill for costs and attorney's fees to oversee the Fundamentalist LDS Church's United Effort Plan Trust. Shurtleff simply responded that he doesn't have the money, and said state lawmakers were reluctant to cough up nearly $6 million.

"I have tried," he told the judge.

The UEP controls most of the land in Hildale, Utah, and Colorado City, Ariz., the home of thousands of people who are members of the FLDS Church, led by imprisoned polygamist leader Warren Jeffs. Shurtleff's office urged the courts to take control of the UEP in 2005, amid allegations that Jeffs and other FLDS leaders mismanaged it.

Since then, it has become mired in legal battles and bills. The Utah Supreme Court recently upheld an order that the attorney general's office pay the bills.

"The big question is how much, if any money, would be allocated by the legislature," said Rep. Brian King, D-Salt Lake City. "That decision will be made going through the regular legislative process."

King and several lawyers working for the Utah State Legislature sat in on Friday's hearing. King, who is a member of the legislature's powerful Executive Appropriations Committee, said he expects it to be addressed in January.

With ongoing costs and interest, lawyers say it is possible that the UEP case could end up costing as much as $9 million before a resolution is reached. That money could initially be footed by taxpayers.

The UEP case has dragged on for 7 1/2 years in court. On Friday, Shurtleff said he would like to try for a settlement again.

"I would like to see it resolved before I leave," Shurtleff told FOX 13. "Now that's impossible. It can't ultimately be resolved, but I'd like to start the process and a settlement seems to be the way to start talking again."

Past settlement talks went nowhere. Attempts to subdivide land and sell it have also been stalled in the courts.

In a recent court filing, Roger Hoole, an attorney for ex-FLDS members, objected to any settlement and claimed the attorney general was treading on a "dangerous path" and accused him of giving the UEP back to Warren Jeffs.

"The state of Utah should be far more concerned about its exposure to liability for the constitutional violations that would occur if it continues to align itself with efforts to return control over the trust to Warren Jeffs and other FLDS leaders," Hoole wrote.

Shurtleff said the claims were outrageous.

"We don't intend to hand this back over to Warren Jeffs," he said. "Absolutely not."