SALT LAKE CITY - A Halloween party turned into a trip to the hospital for two University of Utah students who say their nationality was the trigger for an attack.

They say a group of nearly ten people brutally beat them outside a home near the Utah State Capitol and they want the attackers arrested. The two victims, who don't want to be identified, say that during the party, someone just wanted to pick  fight with them because of their Lithuanian ethnicity.

"The guy started going off about how America is the best and how they're gonna bomb our small country and all this bull crap, we kind of just ignored it," said one victim.

The victim says the suspects started throwing beer cans at them during the party. As the pair tried to leave the home, the suspects allegedly attacked.

"My friend defended himself because they started pushing him around and they all jumped him as we tried to leave," he said. "As we were leaving a group of eight to ten people with weapons assaulted us."

The man says he suffered a concussion after being hit in the head with a baseball bat. His friend ended up in the emergency room after being punched in the face with brass knuckles. Days later, he still struggles to open one of his eyes.

The victims believe they know who some of the attackers are. They say they've been able to track some of their names through Facebook and have given the information to police. 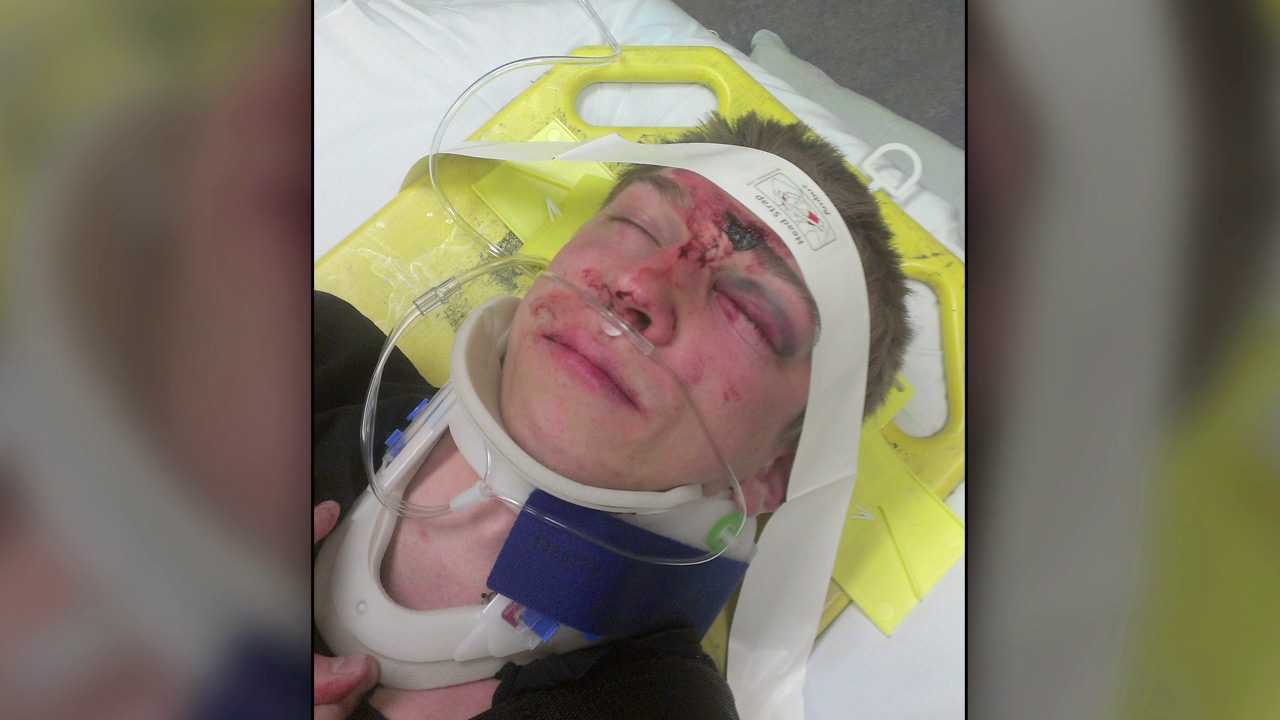