ST. GEORGE -- Police and city officials have released airport surveillance camera video of a bizarre incident where a SkyWest Airlines pilot suspected of murder stole a jet and crashed it into the airport shortly before killing himself.

Police released the video after a public records request by FOX 13 for video and photographs from the July 17 incident. The video shows the regional jet slamming into the St. George Municipal Airport terminal, scattering debris. Another camera showed the jet plowing into the parking lot and hitting more than a dozen cars.

Brian Hedglin, 40, was wanted in connection with the murder of his ex-girlfriend in Colorado. Police said that he had scaled a fence at the airport, climbed into the SkyWest jet and started it up. The wing clipped the jet bridge and went into the terminal.

Detectives told FOX 13 at the time that Hedglin made no attempt to go toward the runway, but throttled the plane and headed into the parking lot.

St. George city officials declined to comment on the release of the videos on Wednesday, but assistant city manager Marc Mortensen told FOX 13 the case was officially closed. Their investigation had "no conclusion as to a motive," he said. 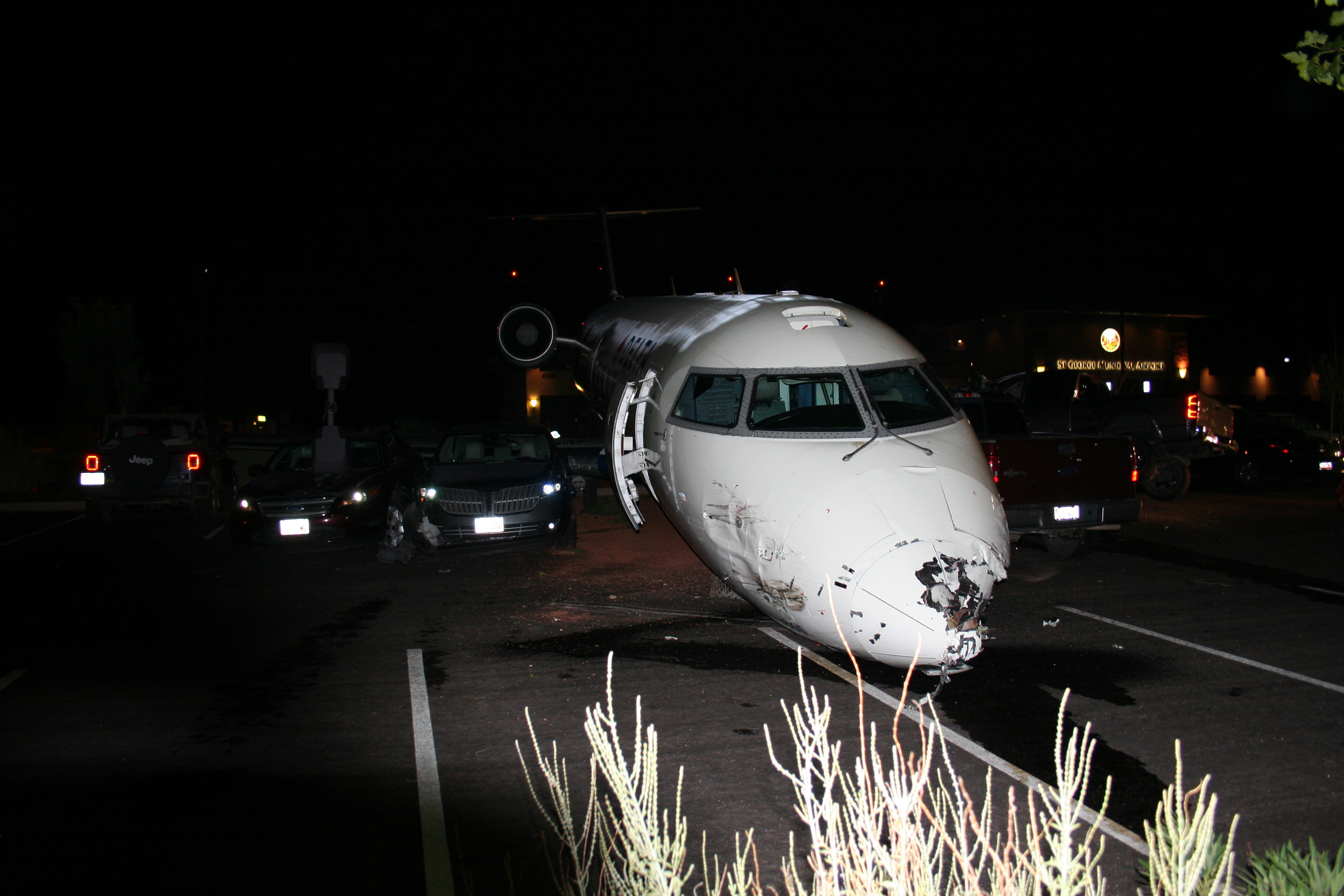 Raw video clips of the incident: