Driver in critical condition after crashing into a Burger King

SALT LAKE CITY — Police say a man drove through an intersection and crashed into the front of a fast food restaurant Saturday morning.

The accident happened at the Burger King on 2100 S. Redwood Road at about 11 a.m.

(Scroll down to see photos)

“Witnesses tell us that the car rolled through the intersection without stopping for the red light and went over the curb inexplicably and ran into the side of the building,” said Salt Lake City Police Lt. Brian Pervis.

Purvis said that firefighters were close by and were first to give aid. They say the man was unconscious at the scene and was transported to the hospital in critical condition.

Firefighters told Fox 13 that it appears the man lost consciousness while driving. They say he was dead for a time before being resuscitated.

Salt Lake Police say the Burger King was empty and no one else was hurt during the accident.

Police are still investigating to determine the exact cause of the accident. 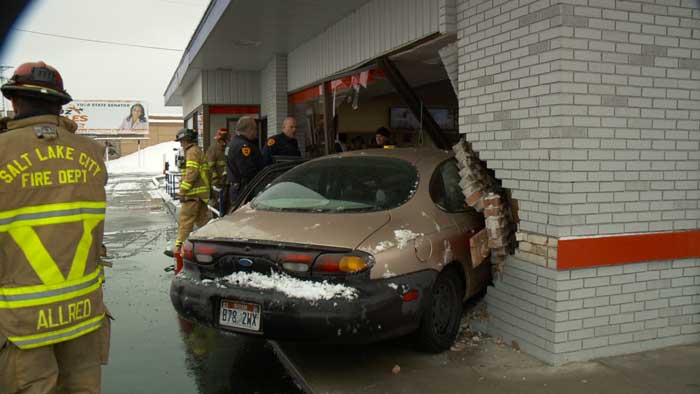