(CNN) -- A total solar eclipse occurred over the northeastern Australian coast early in the morning of November 14 local time. Clueless about this spectacular astronomical event? No worries, we've got you covered. We're here to explain what causes this remarkable act of nature, what skygazers will see and how those outside of Australia can join in the experience.

What exactly is a total solar eclipse?

A solar eclipse happens when the moon, as it orbits Earth, passes directly in front of the sun, obscuring its rays and casting a shadow on Earth's surface. Sometimes referred to as a "happy accident of nature," a total solar eclipse occurs when the moon is perfectly aligned with both the sun and Earth, so it appears from our perspective that the sun is completely blocked. 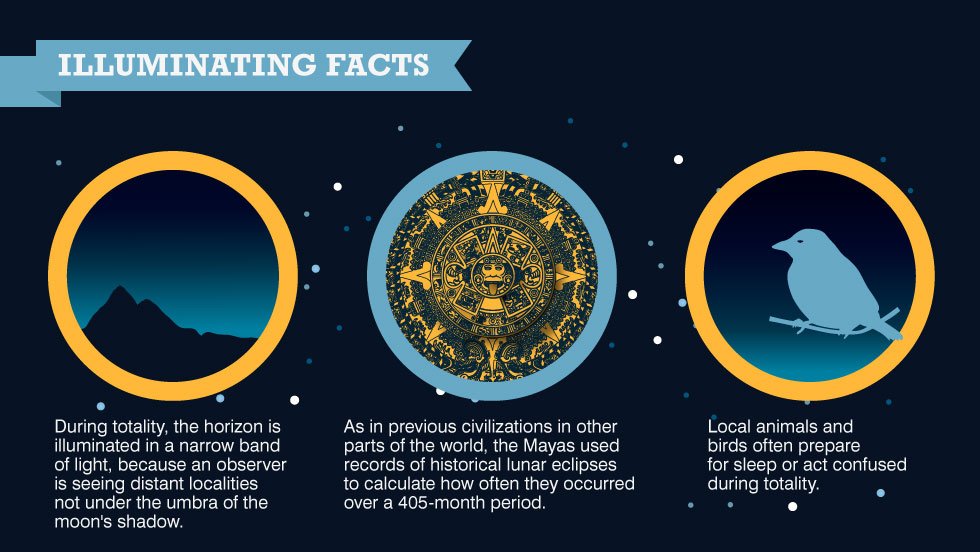 When is this happening and who can see it?

A total eclipse of the sun can only be seen from within what's known as the path of totality, a narrow path the moon's inner shadow travels as it glides across the Earth. The most populated areas within that path are in the Cairns and Great Barrier Reef region.

It'll take about three hours for the moon's shadow to travel the entire path of totality. What time total darkness occurs, and how long it lasts, depends on location. Totality will begin in Cairns at 0638 local time and will last nearly two minutes. By contrast, totality will only last just about 20 seconds in the small town of Innisfail.

What's all the fuss about? Don't these happen frequently?

Solar eclipses were shrouded in superstition in ancient times -- in China, for example, viewing total solar eclipses was important for divining the future success of an emperor. However, as scientific knowledge deepened, these events became opportunities for conducting important experiments. It was during a total solar eclipse in 1919 that Einstein's theory of general relativity was tested and confirmed for the first time.

What's it like to experience a solar eclipse and what do you see?

A solar eclipse is often described as one of nature's most awe-inspiring events. Some people are so moved by the experience of watching an eclipse that they travel around the world chasing them.

About an hour leading up to totality, all sorts of things begin to happen. There are changes in the color of the sky, the temperature drops, birds and animals behave in a peculiar manner and shadows sharpen, according to Rick Brown, an eclipse chaser from New York who is viewing his 14th total solar eclipse. "I never really expected to be moved the way I was. It's a phenomenal thing to see," he said, recalling his first experience.

As the moon's shadow sweeps across the Earth, the sun turns into a crescent in the sky. Just before totality, so-called Baily's beads --- bright spots of sunlight shining through the moon's craggy surface --- can appear around the moon. Then the moon completely blots out the sun, leaving only a halo of light visible. After the brief period of darkness, Baily's beads might appear again as the sun comes back into view.

That sounds great, but I'm not in Australia.

You don't have to be in Australia to get caught up in the eclipse action. The event is being live streamed from Cairns starting at 0500 local time. That translates to:

You can also follow along on Twitter, where there's a tweet-up devoted to the event, and you can always get first-hand accounts of the event by tracking the story on iReport, where we're asking people to share their solar eclipse photos and experiences.

Do I need special glasses?

Yes! Permanent eye damage can occur if you look directly at the sun. That means when viewing any partial phase of a total eclipse, you need to wear proper solar eclipse glasses. Regular sunglasses won't offer enough protection, and forget about using telescopes or binoculars unless you've attached special filters to them. Only during totality can you remove filters and glasses. If you're feeling crafty, you can create your own pinhole projector.

Any tips for first-time viewers?

If you're keen to capture some good photos, you'll need to be prepared. Eclipse Chasers, a website devoted to solar eclipses, has several pointers for photographers. Among them:

-- Leave your flash attachment at home

-- Don't forget to remove your filter during totality

-- Keep your setup as portable, light and easy to assemble as possible in case you need to relocate in a hurry to escape clouds.

Veteran eclipse watchers all have the same advice for first-timers: don't waste too so time fiddling with cameras and telescopes that you miss soaking up that fleeting moment of complete darkness.