PROVO, Utah - Historians have uncovered the earliest known baptistry for the Church of Jesus Christ of Latter-day Saints in Utah County.

The baptristry, built around 1875, was uncovered on the new Provo City Center Temple site, which is being built from the remains of the 1898 Provo Tabernacle, which was destroyed in a December 2010 fire.

According to the LDS Church, the baptistry was located using fire insurance maps from the 1880s to 1910. The baptistry was the first in Utah County - three had already been built in Salt Lake City and one in St. George - and was used from the mid-1870s to around 1906.

The font floor has three layers of wood pulled together with screws to create a floor solid enough to hold water. Their excavation also unearthed a water pipe used to fill the font and a drain to empty it, as well as large quantities of painted plaster fragment revealing the sky-blue color of the baptistry's interior walls. 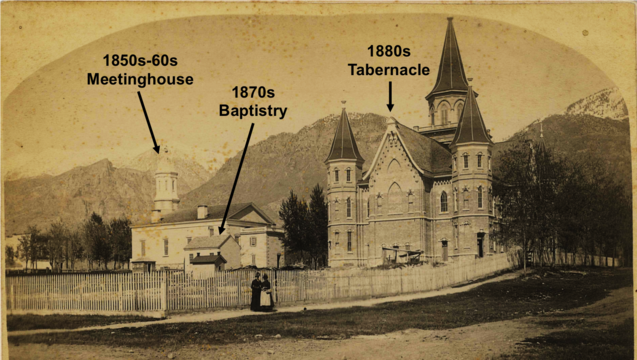