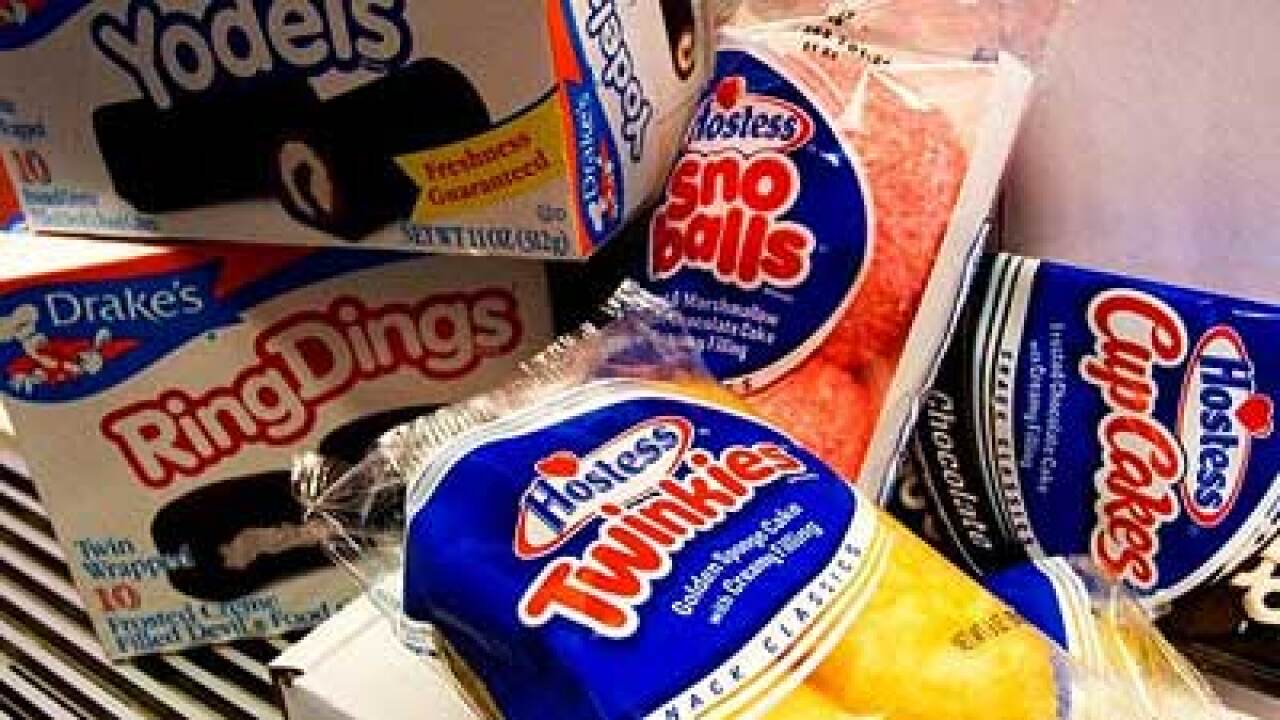 OGDEN, Utah - The maker of the Twinkie announced Friday it is liquidating its assets and laying off 18,500 workers, including nearly 600 employees at the Hostess Bakery in Ogden.

After 25 years with Hostess, delivery driver Greg Birt couldn't believe he was emptying his truck for the last time.

“It’s hard, Wonder Bread is a big company. I thought I’d be able to retire and at 54 years old I have to start over,” said Birt.

He says the Ogden factory had a mix of union and non-union workers but no one was on strike. However, outside of Utah, the bakers’ union protested pay and benefit cuts.  Hostess said it couldn't afford a lengthy strike and decided to shut the company down.

“It sucks because 18,000 people lost their jobs over something stupid like this, because of the union,” said former Hostess driver Kenneth Northup.

“We've got some new drivers that haven’t been here that long and I don’t think they realize this is the second time we've been in bankruptcy,” said Birt. “Step up to the plate and manage this company how’s it’s supposed to be managed, that’s how we felt.”

While Ogden faces the challenge of putting nearly 600 laid-off employees back to work, customers stocked up on their favorite snacks at the Hostess outlet store.

“I got some doughnuts, Ding Dongs, but they didn't have Twinkies,” said customer Scott Bennett.

At some stores, shelves were already bare. Company executives hope someone else will buy their iconic brands. Greg Birt believes, despite his loss, the Twinkie will live on.

“I think someone will come in and buy it and if they did, they’d do good with it.”

Ogden’s mayor says the town is helping these workers with unemployment benefits and there are upcoming job fairs planned to help them get back to work.

On Friday night, CNBC tweeted that company “C. Dean Metropoulos and Co.” is actively pursuing a deal for Hostess Brands." Metropoulis is a private equity firm owned by a Greek immigrant. It’s worth more than 1.3 billion dollars and is known for turning around fading food companies such as BirdsEye, Chef Boyardee & Vlasic Pickles.

More details on the national strike from CNN:

NEW YORK (CNNMoney) -- Hostess Brands -- the maker of such iconic baked goods as Twinkies, Drake's Devil Dogs and Wonder Bread -- announced Friday that it is asking a federal bankruptcy court for permission to close its operations, blaming a strike by bakers protesting a new contract imposed on them.

"We deeply regret the necessity of today's decision, but we do not have the financial resources to weather an extended nationwide strike," said CEO Gregory Rayburn in a statement.

Hostess will move to sell its assets to the highest bidder. That could mean new life for some of its most popular products, which could be scooped up at auction and attached to products from other companies.

A letter that Hostess sent to its network of stores that carry its product said it expects "there will be great interest in our brands." But it said it could not give a time frame for when the sales would take place and when its products would be available again.

But even if those brands are bought and restarted, the Hostess workers will not get their jobs back.

"It's been a very sad day," Rayburn told CNN. "I think that this was just a monumental failure on the part of everyone involved, and it was just the wrong outcome."

Hostess filed for bankruptcy in January, its second trip to bankruptcy court since 2004. It previously emerged from restructuring in 2009 after a four-and-a-half year process. The company is now controlled by a group of investment firms, including hedge funds Silver Point Capital and Monarch Alternative Capital.

Frank Hurt, president of the bakers' union, called the liquidation "a deep disappointment" but said his members weren't the ones responsible, blaming the various management teams in place at Hostess over the past eight years for failing to turn the firm around.

"Our members decided they were not going to take any more abuse from a company they have given so much to for so many years," Hurt said in a statement late Friday. "They decided that they were not going to agree to another round of outrageous wage and benefit cuts and give up their pension only to see yet another management team fail and Wall Street vulture capitalists and 'restructuring specialists' walk away with untold millions of dollars."

While approval of the bankruptcy court is needed before Hostess can start selling its assets in liquidation, the company said production at all of its bakeries stopped effective Friday, and that stores will no longer receive products from Hostess Brands after the final round of deliveries of products that were made Thursday night.

But products that are already in stores can be sold, and the outlet stores will remain open for about a week to sell the products they already have.

Hostess had annual sales of about $2.5 billion. The company said it had been making 500 million Twinkies and 127 million loaves of Wonder Bread annually before Friday's shutdown.

Its bread brands, including Wonder Bread, Nature's Pride and Butternut, make the company the No. 2 bread baker in the country, according to Symphony/IRI Group. Bimbo Bakeries, maker of the Arnold and Stroehmann brands, is the No. 1 bread baker.

The company had given a 5 p.m. ET Thursday deadline for the bakers to return to work or face a shutdown of the company.

In September, membership of one of its major unions, the International Brotherhood of Teamsters, voted narrowly to accept a new contract with reduced wages and benefits. The Bakers' union rejected the deal, however, prompting Hostess management to secure permission from a bankruptcy court to force a new concession contract on workers.

The Teamsters union, which represents 6,700 Hostess workers, issued a statement blaming mismanagement by Hostess executives for the company's problems. But it also was critical of the decision of Bakers' union, although it did not identify the union by name.

"Unfortunately, the company's operating and financial problems were so severe that it required steep concessions from a variety of stakeholders but not all stakeholders were willing to be constructive," said Ken Hall, the Teamsters' Secretary-Treasurer. "Teamster Hostess members, based on the facts and advice from respected restructuring advisors, understood what was at stake and voted to protect all jobs at Hostess."

The new contract cut salaries across the company by 8% in the first year of the five-year agreement. Salaries were then scheduled to bump up 3% in the next three years and 1% in the final year.

Hostess also reduced its pension obligations and its contribution to the employees' health care plan. In exchange, the company offered concessions, including a 25% equity stake for workers and the inclusion of two union representatives on an eight-member board of directors.