The Utah Attorney General's office has identified three men who were allegedly involved in a suspected human trafficking ring in Salt Lake County.

Federal, state and local agents teamed up to take down the suspected human trafficking operation on Thursday. Police say the suspects and alleged victims appear to be from Mexico and the sting centers around prostitution.

During the raids, agents found ten women and girls, some as young as 14 years old, who were allegedly lured in and forced to work as prostitutes.

"Once we learned that many of the girls being exploited by the ring shut down today were juveniles we felt that we had to put an immediate end to this facet of the investigation," said Kirk Torgensen, Chief Deputy Attorney General. "These girls are victims of the men who paid them for sex, but also victims of the illegal aliens who exploited them in the sex trade."

The SECURE Strike Force was created by the Utah Attorney General more than two years ago to combat felony crimes committed by those in the U.S. illegally, usually preying on those who are undocumented.

“It’s not unusual to have people who have come to this country illegally, trying to find a better life, trying to survive and then they’re taken advantage of once they’re here,” Torgensen said.

SECURE agents are used to taking down alleged fake document mills, illegal spice manufacturing operations and illegal gun-running rings, but this time SECURE is taking on a new threat. Thursday’s take-down focuses on suspected human trafficking and has been in the works for nearly eight months.

Torgensen says the task force had a tougher time investigating the world of suspected human trafficking than they usually encounter with other illegal operations, particularly where young Latina women are allegedly forced to work in service jobs or as prostitutes.

Ken Wallentine, Chief of Law Enforcement for the Utah Attorney General, says the takedown began with a tip in the Latino community and neighbors of some of the alleged sex trafficking locations.

“As one of the residents pointed out to me a few minutes ago, we have kids out here and there’s young girls parading around in underwear and bikinis in the public,” Wallentine said.

Those tips led investigators to one business, then they learned of others in the Salt Lake Valley. An eight month undercover investigation netted arrest warrants for three men allegedly forcing as many as 20 young women into prostitution. Those women appear to be in the U.S. illegally.

“I mean they’re really just like modern-day slaves in these cases. They have no freedom, no ability to live the life they want to live,” Torgensen said. “That’s a tragedy to be happening, at this time, in this state. I have to tell you, I hope today’s events send a message to the people in this state, it’s happening here.”

Agents are holding the women they encountered on Thursday as they investigate whether they helped run the operation and whether they’re willing to testify against the three men arrested on Thursday.

The investigation into the ring and the suspects continues. Agents are currently withholding the names of suspected patrons of the massage parlors pending further charges. 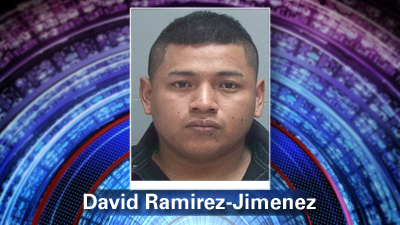