Three injured in semitrailer crash on US-6

A semitrailer carrying produce crashed on US-6 near mile post 190 in Spanish Fork Canyon on Thursday.

The semitrailer went over a barrier and landed on railroad tracks at approximately 10 a.m. The railroad service was alerted and service was suspended while crews cleaned up the crash. 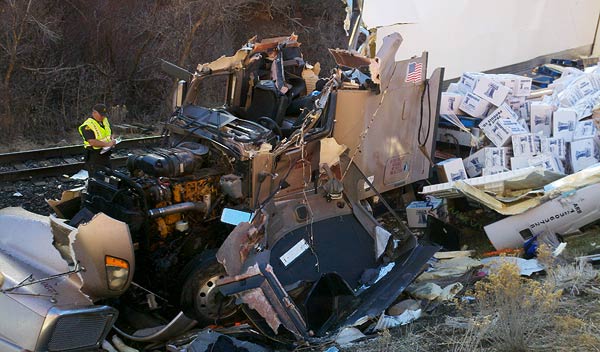 Cpl. Todd Johnson, Utah Highway Patrol, said three people in the semitrailer were injured in the crash. A female passenger was transported to the hospital by helicopter. Two males were taken by ambulance.

UHP said they found drug paraphernalia on the scene, but could not confirm if drugs played a role in the crash. However, they said speed was a factor.

US-6 was closed in both directions for about an hour. One lane opened at approximately 11:35 a.m. to allow traffic by the crash in alternating directions.