Authorities closed I-15 southbound near mile post 41, between Cedar City and Toquerville, Wednesday morning because of a fuel spill.

A Maverik fuel tanker truck rolled on its side at approximated 2:15 a.m. near mile post 41 on I-15 southbound. The crash caused fuel to spill on to the roadway.

Impaired driving is suspected as the cause of the crash, according to the Utah Department of Public Safety. The driver was injured in the crash and taken to a hospital in St. George.

Southbound lanes were open to traffic again as of 11:40 a.m., according to Utah DPS.

While the crash was cleared, traffic was diverted to Enterprise west of Cedar City and then to St. George, according to the Utah Department of Transportation.

A second crash occurred at approximately 4:30 a.m.on I-15 northbound at mile post 39. The traffic was slowing because of the overturned tanker and one semitrailer crashed with another semitrailer.

The crash caused the load of refrigerated cucumbers to spill onto the roadway. One of the drivers was injured.

Firefighters, UDOT, towing companies, and the Maverik Store worked to cleanup the spills. 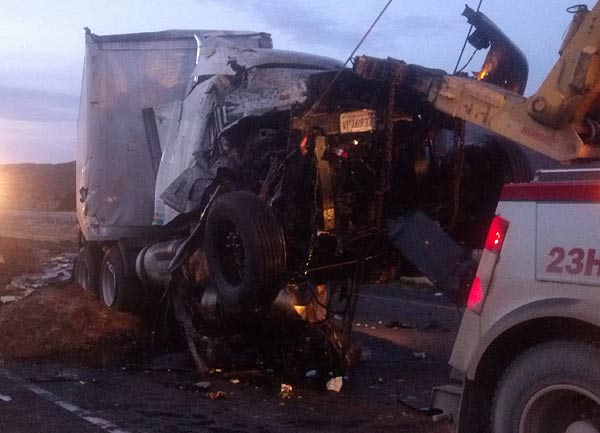