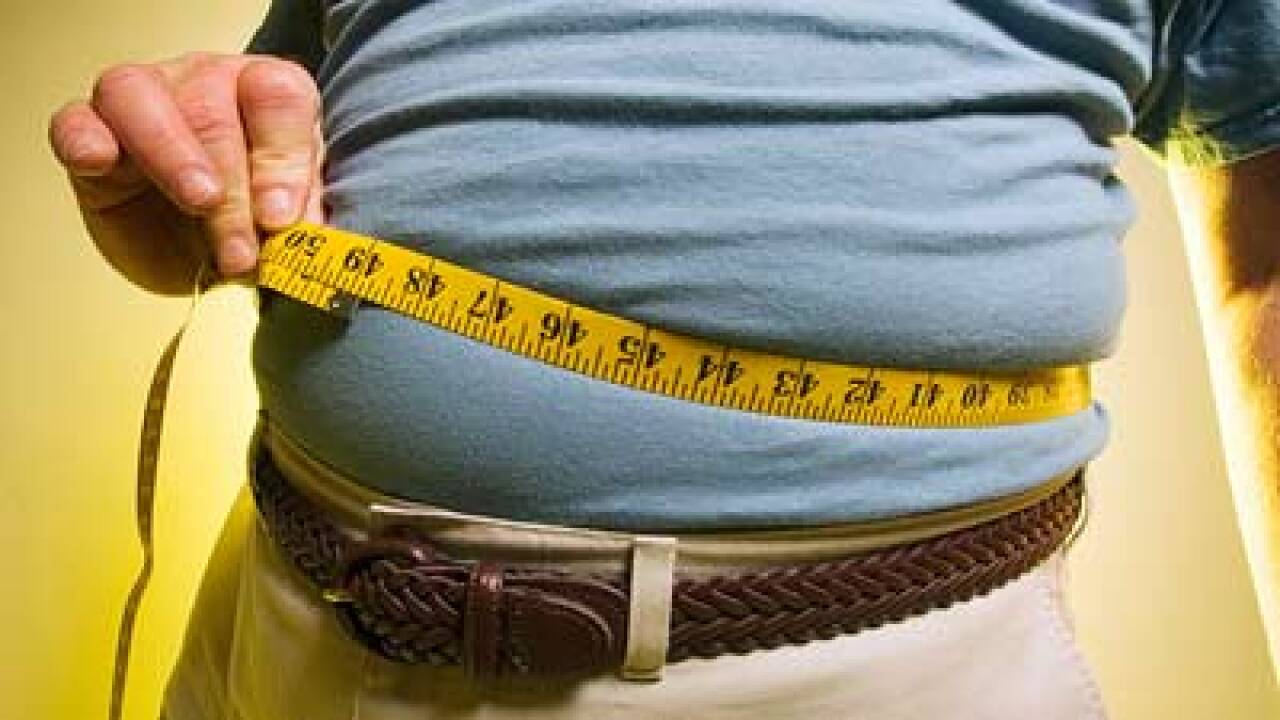 (CNN) — Obesity is a bigger health crisis globally than hunger, and the leading cause of disabilities around the world, according to a new report published Thursday in the British medical journal The Lancet.

Nearly 500 researchers from 50 countries compared health data from 1990 through 2010 for the Global Burden of Disease report, revealing what they call a massive shift in global health trends.

“We discovered that there’s been a huge shift in mortality. Kids who use to die from infectious disease are now doing extremely well with immunization,” said Ali Mokdad, co-author of the study and professor of global health at the Institute for Health Metrics and Evaluation at the University of Washington, which led the collaborative project.

“However, the world is now obese and we’re seeing the impact of that.”

The report revealed that every country, with the exception of those in sub-Saharan Africa, faces alarming obesity rates — an increase of 82% globally in the past two decades. Middle Eastern countries are more obese than ever, seeing a 100% increase since 1990.

“The so-called ‘Western lifestyle’ is being adapted all around the world, and the impacts are all the same,” Mokdad said.

The health burden from high body mass indexes now exceeds that due to hunger, according to the report.

And for the first time, noncommunicable diseases like diabetes, stroke and heart disease top the list of leading causes of years spent sick or injured.

“All these problems are tied to obesity,” Mokdad said. “We’re even seeing a large percentage of people suffering back pain now. If we could lower the obesity rates, we’d see the numbers of noncommunicable diseases and pain decrease as well.”

People are living longer than projected in 1990 — on average, 10.7 more years for men, and 12.6 more years for women. But for many of them, the quality of life during those years is not good. On average, people are plagued by illness or pain during the last 14 years of life, according to the study.

“We’ve figured out how to keep the person who suffered a stroke alive, but then they’re living disabled for years afterward. That’s not the quality of life that person expected, ” Mokdad said.

In Western countries, deaths from heart disease are down 70%. However, the number of people diagnosed with heart disease is increasing at alarming rates.

Noncommunicable diseases are a global challenge of “epidemic proportions,” according to Dr. Margaret Chan, director-general of the World Health Organization.

In a speech to the U.N. General Assembly last year, she said NCDs are a “slow-motion disaster” that eventually could break the bank.

Leaders kicked off a two-day meeting at the U.N. that year by approving a “political declaration” meant to stem the rising tide of NCDs. It was only the second time a health issue had been debated at a special meeting of the General Assembly, after the group’s pledge a decade ago to tackle AIDS.

Shifting the focus from treating noncommunicable diseases to preventing them could prove beneficial to the economy as well.

NCDs will cost more than $30 trillion over the next 20 years, according to a 2011 report by the World Economic Forum and Harvard School of Public Health. They estimate an additional $16 trillion will be spent on mental health conditions — costs that could push millions of people into poverty, economists say.

“We hope policymakers will pay attention to these numbers and figure out what programs they can implement to intervene on these trends,” Mokdad said.