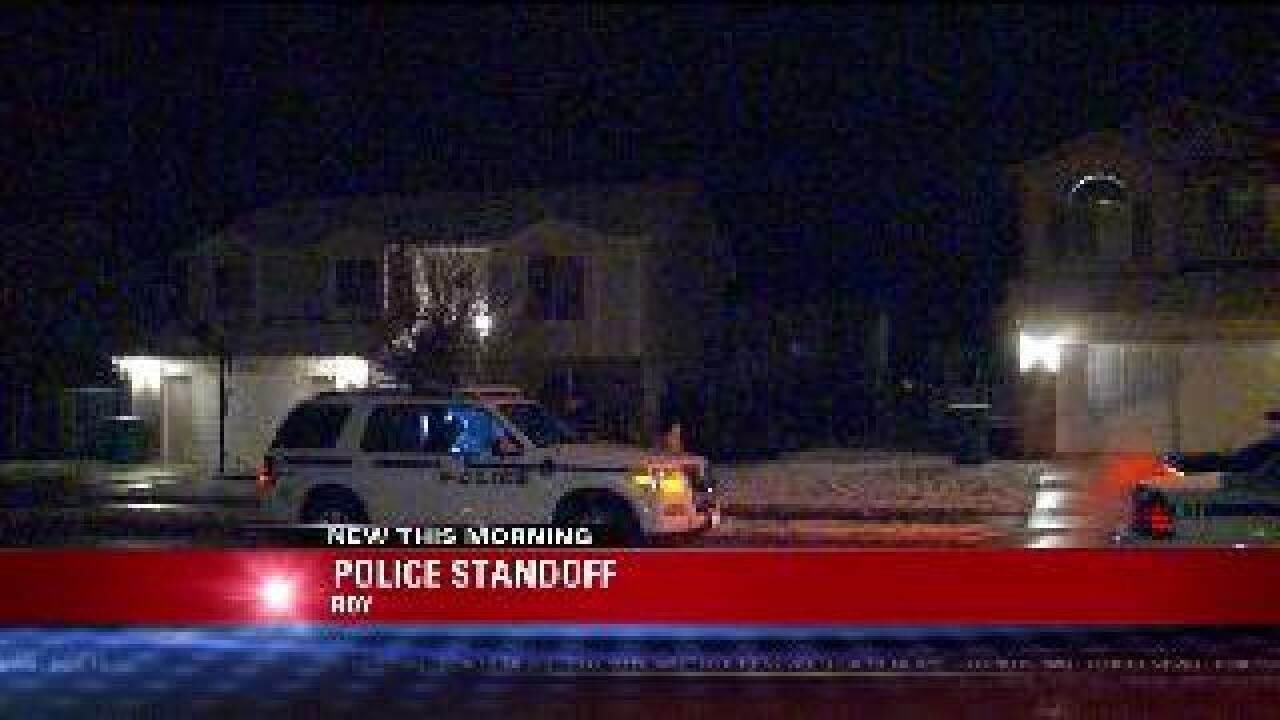 ROY, Utah - A domestic dispute turned into a 2-hour standoff with police in Roy on Saturday night.

According to Kevin Smith with the Roy Police Dept., 41-year-old Christopher Lock shot his wife multiple times in the torso during a domestic dispute at 3792 West and 4750 South in Roy at around 10:20 p.m.

Smith said the woman fled from the house with her young daughter, who had sustained a head injury from being hit with a beer bottle. Their 5-year-old son was left inside the house with Lock, who had been drinking.

Neighbors called 911 and the woman was transported to the hospital where she is in stable but serious condition.

When officers arrived on-scene, Lock fired two shots into the neighborhood and one bullet struck his neighbor's home. Police called in the SWAT team and used an automated phone calling system to instruct neighbors to lock down their homes and stay inside because of an armed suspect in the area.

Lock negotiated with officers for about 3 hours and agreed to release his son into their custody, then came outside and surrendered his weapon to police at around 1:30 p.m.

He was taken into custody and questioned by police. Smith said Lock had several firearms in his possession.

Smith says that neighbors received the automated message warning them of an armed suspect in the area because Lock did fire into the neighborhood, but he never left his home. Once the incident was over, residents received another automated message that the scene was secure and safe.