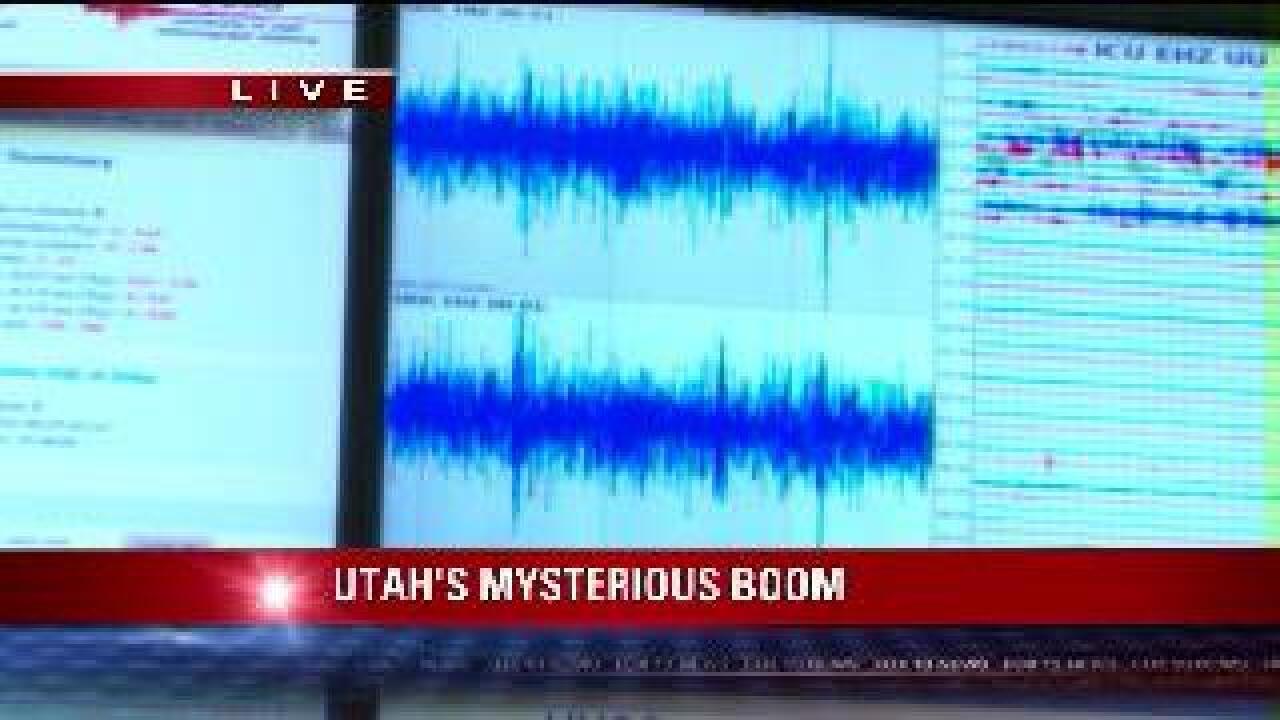 SALT LAKE CITY -- Hundreds of people from Weber County to Utah County, and some as far north as Rock Springs, Wyoming reported that they felt shaking or heard loud booms Tuesday night around 9 p.m.

The FOX 13 Newsroom received several calls from concerned citizens about the phenomena shortly after 9 p.m., but the cause remains a mystery.

Experts at the seismology department at the University of Utah confirmed there was seismic activity measured just behind the Capitol building.

"There are low-frequency signals that are usually from the atmosphere. The infra-sound network is most sensitive to signals that come from the atmosphere, so we think this was an above ground event," said Katherine Whidden, research seismologist. "These can be airplanes that are breaking the sound barrier, they can be explosions or they can be storms."

A map of earthquakes over the last day shows no activity in Northern Utah, or anywhere in the state. The closest quake was a relatively small 2.6 magnitude near Bishop, Calif., more than 500 miles from Salt Lake City.

There is also a theory that the heavy inversion layer may have amplified a blast on the ground or in the air, making it seem closer and louder than reality. While that is possible, it is still unclear what caused the noise.

"We don't really know what this was. We don't have the operational capability to even locate something like this, so we can't say where it came from. We just don't know," Whidden said.

People in Wyoming, Indiana, Oklahoma and California also reported hearing a boom similar to what was heard in Utah.

If you heard booms or felt shaking, tell us about your experience on the FOX 13 News Facebook page.