The firearms were all loaded when they were discovered during routine screenings of carry-on bags.

Overstock.com CEO Patrick Byrne was among four people who were arrested in connection with the discoveries.

Byrne allegedly tried to go through security with a loaded Glock 23 .40 caliber handgun in his carry-on luggage. A charging document said the gun contained 12 rounds, but none were chambered.

Salt Lake City police said Byrne denied knowing that the gun was in his luggage.

Other TSA searches at the Salt Lake City airport have resulted in the discovery of a set of samurai swords and a military-issue artillery shell casing with the primer intact in a passenger's checked baggage.

"We don't believe there is any criminal intent here. It is more of an issue of awareness and making sure that they know they cannot travel with fire arms in their carry-on baggage," said Vera Adams, federal security director.

In 2011, TSA discovered 20 firearms at the Salt Lake City airport. Across the country, 1,525 firearms were detected, which is more than an average of four per day.

Firearms, ammunition, firearm parts and realistic replicas of firearms are always prohibited in carry-on baggage, according to the TSA. However, these items can be transported in checked baggage as long as the traveler declares during the ticket counter check-in process.

According to TSA, firearms in checked baggage must be unloaded, and stored in a locked, hard-sided container. 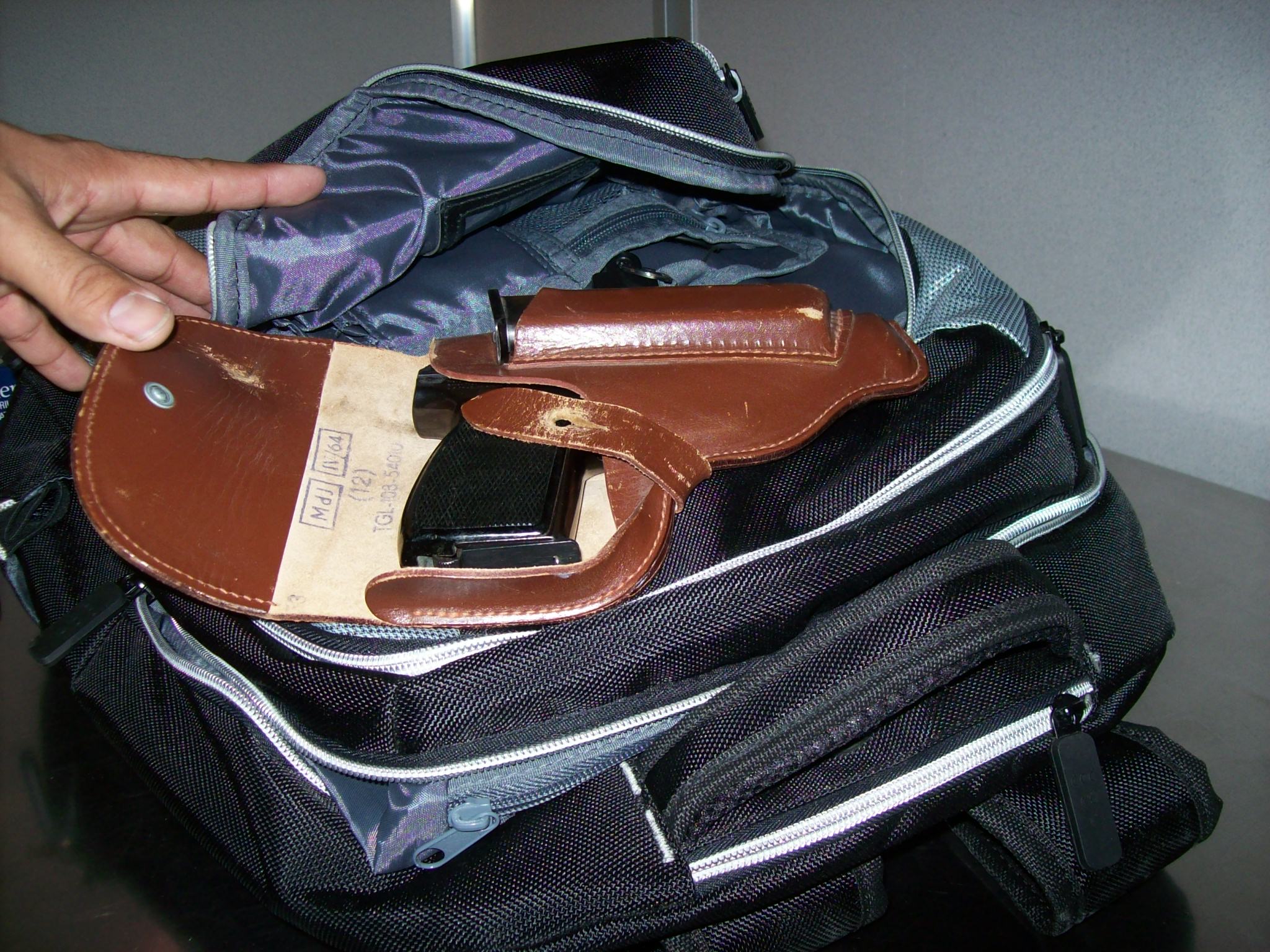