“Safe and Sound” seeks to get LGBT teens off the streets 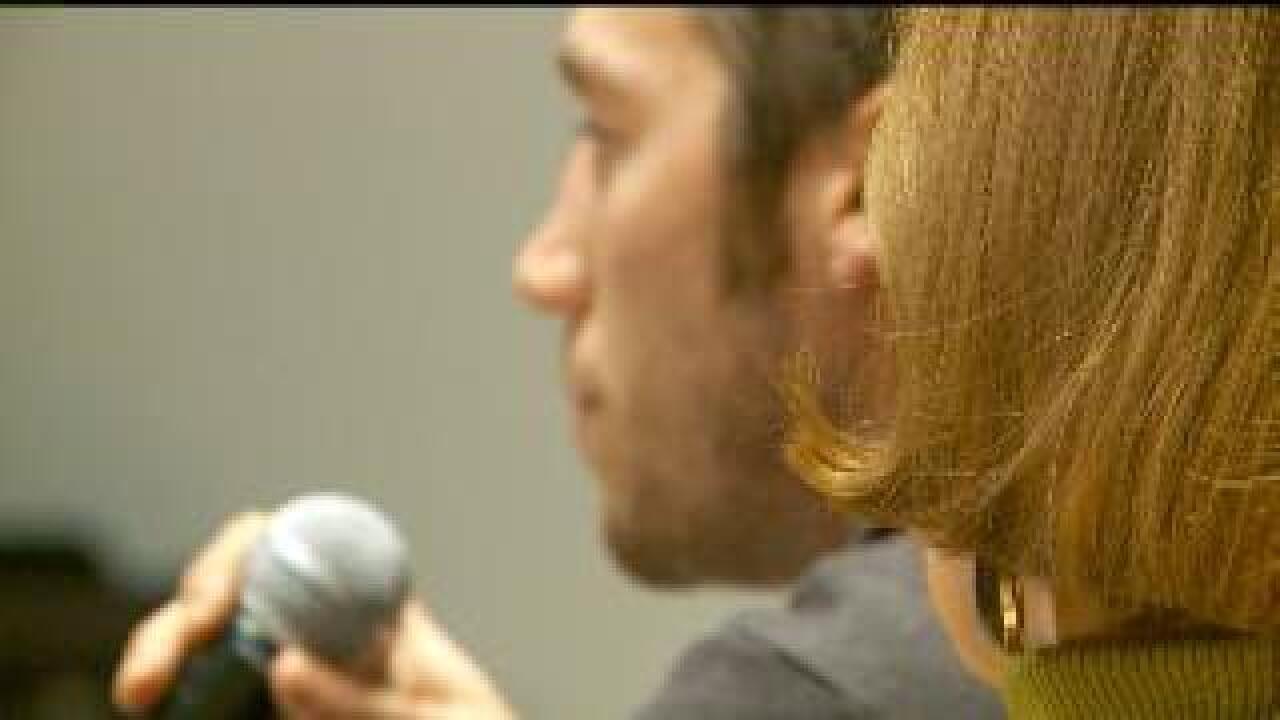 OGDEN -- A disproportionately high number of homeless youth trying to survive on the streets in Utah identify as something other than "straight."

Homeless youth counselors say a large number of the lesbian, gay, bisexual and transgender teens also come from Mormon homes -- kicked out because they are gay.

"It's awful. The stories we hear are just terrible," said Marian Edmonds, the director of Ogden OUTreach, an LGBT community center in northern Utah.

At a panel discussion Tuesday night, Edmonds and others who work with these children spoke out about the problem -- noting that as many as 40% of the estimated 1,000 homeless youth in Utah identify as LGBT. Rachel Peterson, a volunteer at Salt Lake City's Homeless Youth Resource Center, said these young adults will do almost anything to have a roof over their head.

"On a night like tonight, you would do a lot of things to avoid staying out on the street," she said.

Edmonds said the teens she deals with have admitted to using drugs or selling their bodies for a roof over their heads.

"What we've found is so many of the youth come from Mormon families," said Edmonds. "And the reason that they're homeless is their families don't like the fact that their child is gay."

Compounding the problem is Utah has no youth homeless shelter. Anyone who takes in a child without parental consent is breaking the law by harboring a runaway. That is why Ogden OUTreach is partnering with the group Mormons Building Bridges to provide "host homes" for LGBT teens.

"Amidst all this sadness and misunderstanding, we really want to encourage LDS families to offer to be foster families for these kids," said Mormons Building Bridges founder Erika Munson.

The program, called "Safe and Sound," attempts to provide a place for LGBT homeless youth to stay while reconciling with their families. Mormons Building Bridges, which gained prominence by marching in last year's gay pride parade, said they are trying to encourage fellow church members to not reject their gay children.

"We don't argue doctrine right now," she said. "We go with the basic doctrine that Jesus said, 'Love one another.'"

Munson pointed to a website recently created by The Church of Jesus Christ of Latter-day Saints about homosexuality. The LDS Church recently acknowledged on the site mormonsandgays.org that homosexuality is not a choice, and also urged parents not to reject their children. The church also reiterated that it believed sex outside of marriage is a sin, and it defines marriage as between a man and a woman. One can be gay and a member of the Mormon faith in good standing, so long as they remain celibate.

"Church leaders are saying, 'Gay Mormons stick with us. Parents, children should not be shunned. Children should be embraced, regardless of their essential identity. Being gay is not a choice and we want to show love,'" she said Tuesday. "That's the message that the church is sending and Mormons Building Bridges wants to amplify it."

Anyone interested in participating in the "Safe and Sound" program can find out more information from Ogden OUTreach here.