Gov touts education, economy and energy in State of the State 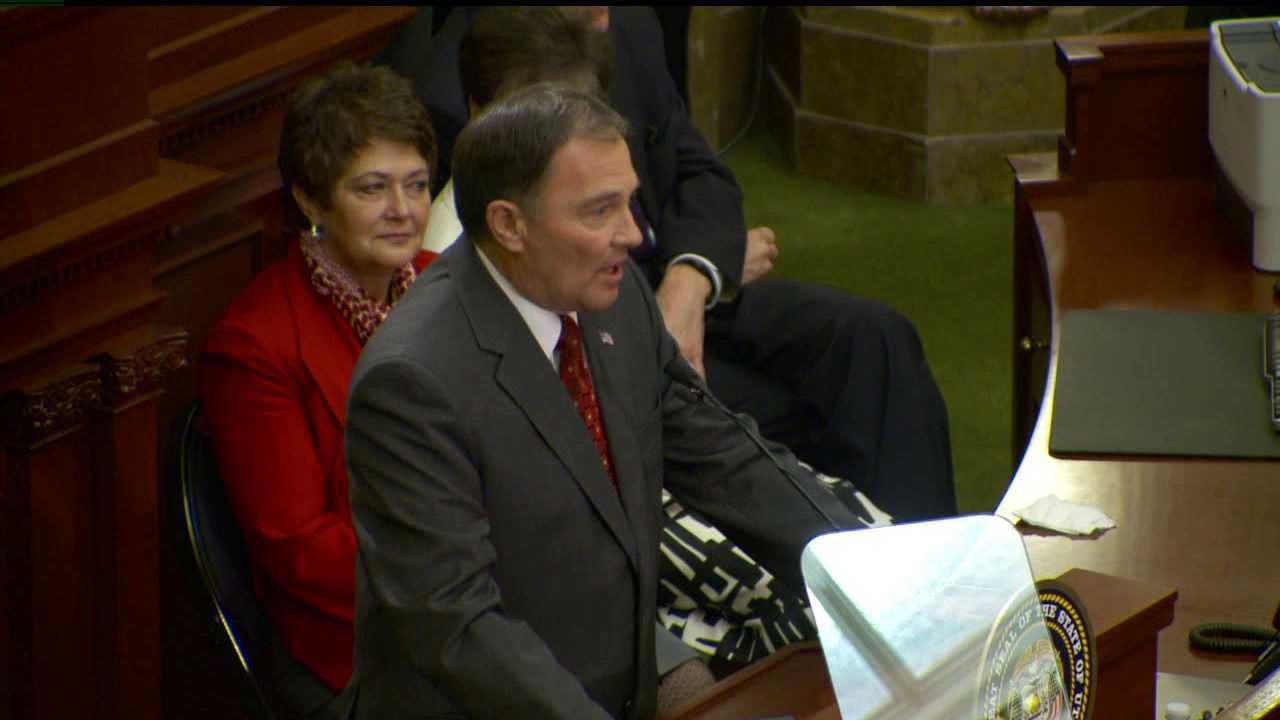 SALT LAKE CITY - Governor Gary Herbert delivered his fourth State of the State Address on the House Floor at the Capitol Wednesday evening.

He opened his speech with an emphasis on education.

"Education is the largest and most important investment Utah makes," he said.

The State of the State represents a vision and a plea to the Utah Legislature that this is what the Governor expects lawmakers to focus on this session: funding education, specifically in STEM (Science, Technology, Engineering and Math).

"This year I propose we invest 20 million for STEM education."

He also touted how much recognition the state has received from Forbes Magazine saying, "For the third straight year, Forbes ranked Utah number one as the best place for business."

The Governor delivered a familiar theme but this year he talked about an issue which has made national headlines: the bad air quality.

"Tonight as your Governor I call upon ever Utahn, every public agency and every Utah business to do your part."

Democrats say the Governor's emphasis on education was welcome, but more needs to be done.

"It's great that we're one of the best managed states, but even best managed companies that don't put capital back into the system fail" said Senate Minority Leader Gene Davis.

House Majority Leader Brad Dee, R-Ogden, says Republicans are willing to reach across the aisle and start a serious dialogue about the best way to fund education.

"We've had a major savings in some of our Medicaid programs, and maybe we ought to look at taking those and putting more of that money into education."