TRENTON, Cache County, Utah – A Cache County school bus slid off the road on Wednesday afternoon, but no one was seriously injured.

Cache County Sheriff’s officials say that at around 4:15 p.m., the bus was traveling on 400 East in Trenton, which was drifted with snow, slid off the road and rolled on its side. There were two aides, three children, including one in a wheelchair, and the bus driver on the bus.

Everyone was able to get off the bus after the accident except the child in a wheelchair. Emergency responders were able to pick up that child in his wheelchair and carry him off the bus.

All children were evaluated on the scene, but were reportedly calm and doing well.

Officials say weather and road conditions are contributing factors to the accident. The lane of travel was difficult to see and the driver reportedly drove too close to the side of the road, causing it to slide into a canal.

The accident is under investigation by the Cache County Sheriff’s Office. 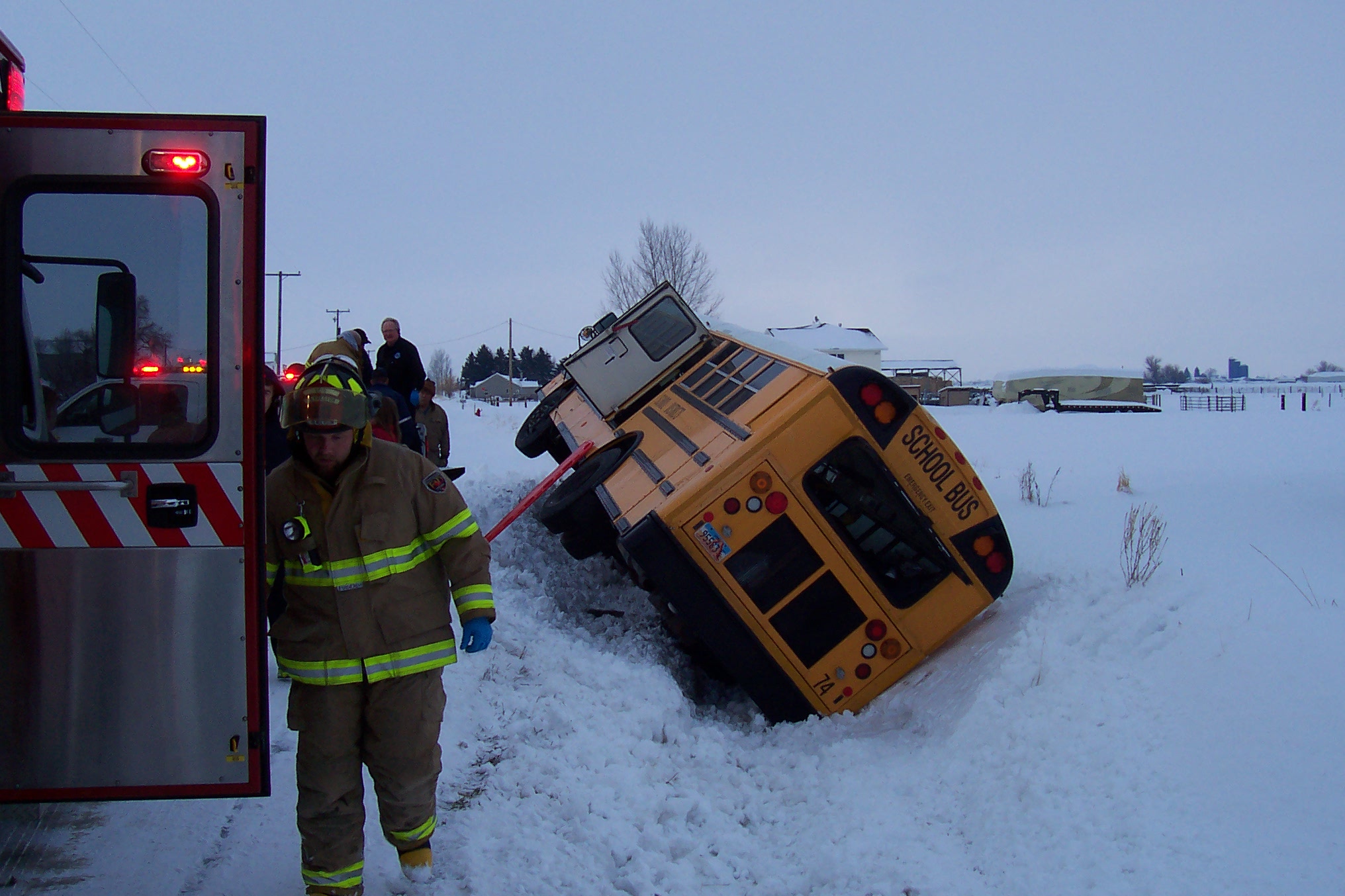