ROY, Utah - The weight of heavy snow appears to have caused several storage units in Roy to collapse.

There were no injuries reported, but there was some property damage. Shelley Wiggins says her boat and car were damaged by the collapse. Roy Page lost a classic car.

The National Weather Service says Utah has almost double the snowfall compared to last year, and officials say these collapses could happen again.

We believe it was caused by the snow, was probably a contributing factor to the collapse," said Roy City Deputy Fire Chief Jeff Comeau. "We've had a lot of snowfall in the past couple of days. We obviously, for safety reasons, don't expect people to get on their roofs and clean their roofs off. There are companies that will do that for you and will get the snow off."

Some of the people impacted say they have insurance to help pay for some of the losses. 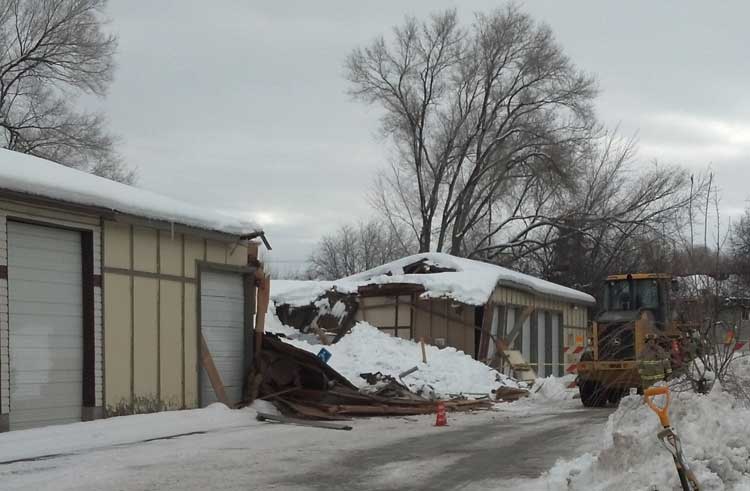