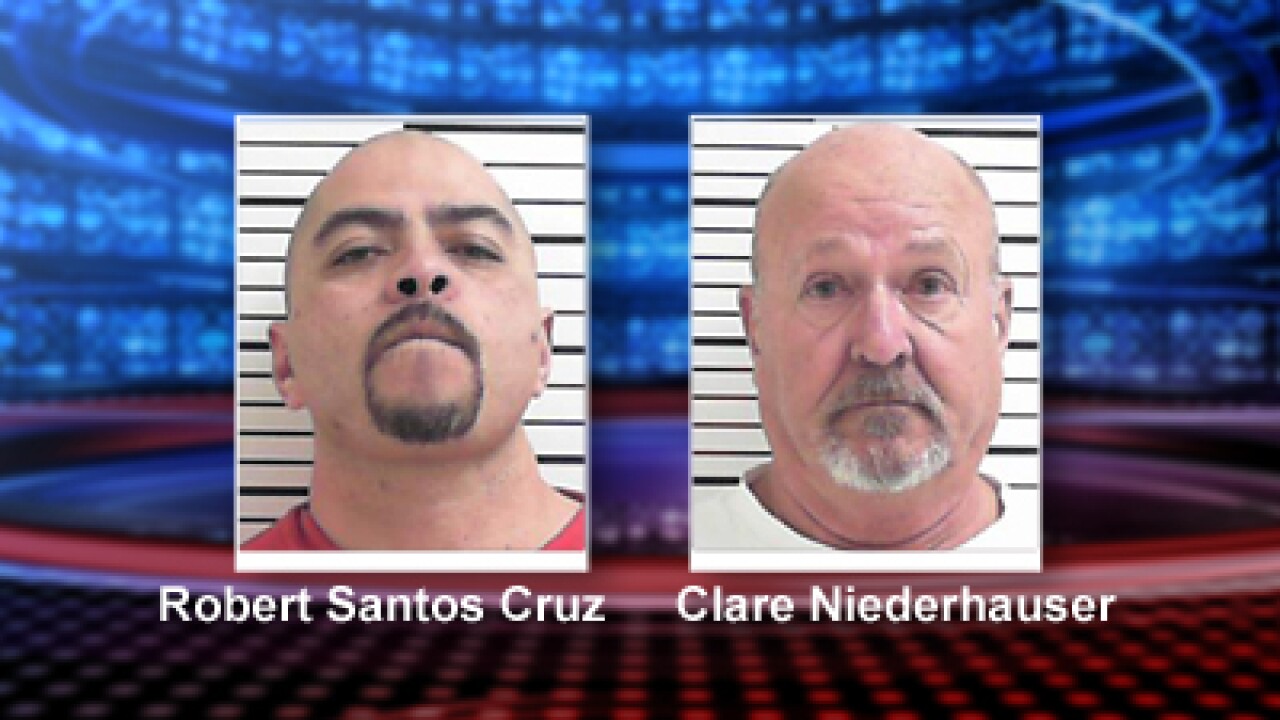 LAYTON, Utah — A Layton man was arrested Thursday evening after he allegedly fired shots while trying to stop a burglary attempt at his home.

Police said Clare B. Niederhauser, 64, was driving toward his home at 2536 E Gentile Avenue when he saw a passenger car in his driveway and a man at the doorway holding a prybar.

Niederhauser approached the man with the pry bar, who was identified as 47-year-old Robert Santos Cruz, and held him at gunpoint, according to a press release.

Niederhauser ordered Cruz to drop the pry bar and Cruz complied. Niederhauser then noticed that the passenger car was backing out of his driveway. Niederhauser allegedly fired a shot toward the car in an attempt to hit a tire or the engine compartment. The vehicle got away and has not been located.

While continuing to hold Cruz at gunpoint, Niederhauser retrieved a cellphone from his car and called 911. When the first police officer arrived at the scene, Cruz fled into the backyard area of the home.

Police said Niederhauser chased Cruz and fired another shot into the field area behind the home. Officers told Niederhauser to put away the gun and he complied.

Officers located and arrested Cruz, who was not armed.

Police said it appeared Niederhauser was not trying to shoot Cruz or the occupants in the passenger car, so felony charges against him were not appropriate.

However, police said Niederhauser’s decision to fire the shots created a substantial risk of death or serious bodily injury to another person. He was arrested and booked into the Davis County Jail on two counts of reckless endangerment. He bailed out of jail Friday afternoon.

Cruz was booked for a second-degree felony count of residential burglary and a misdemeanor count of criminal mischief.

Anyone with information about Robert Santos Cruz or his associates is asked to contact the Layton Police Department at (801) 497-8300.