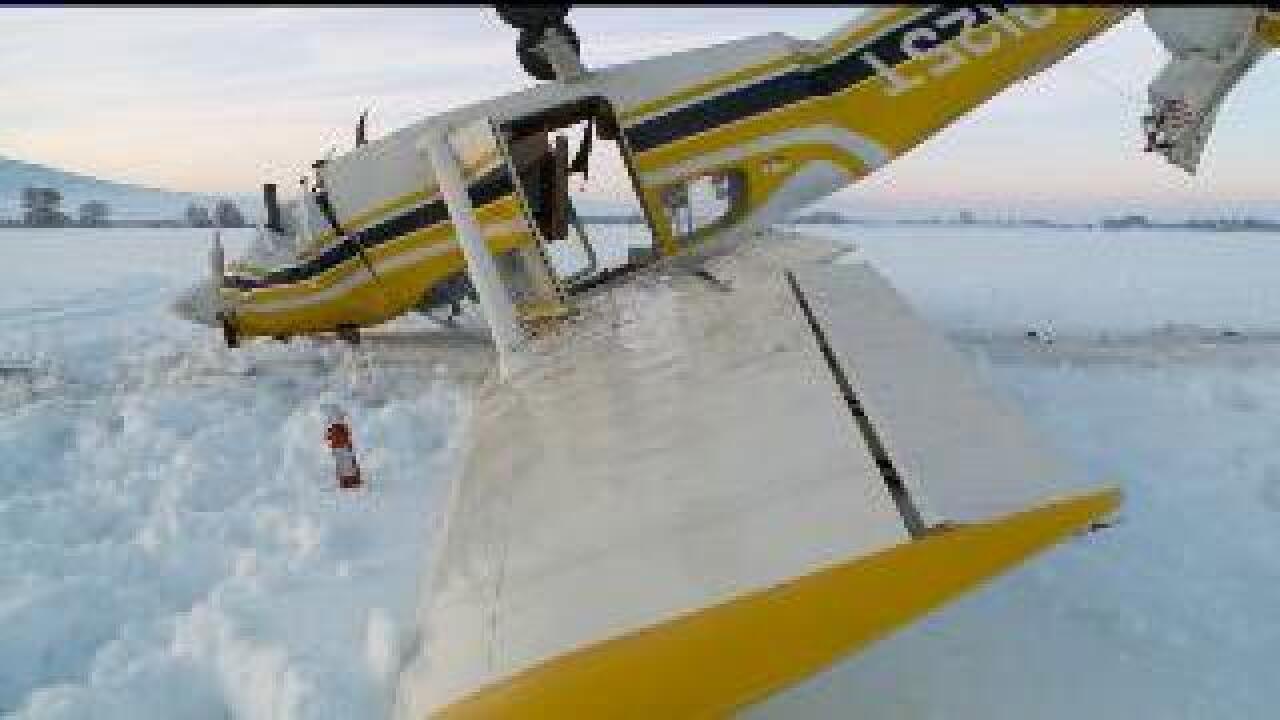 CACHE COUNTY, Utah -- Five people were aboard a plane that crashed near Wellsville, Utah; all five survived and escaped without major injury.

The plane was carrying the pilot and four passengers: three adults and a baby. One of the passengers said the plane began to experience trouble while they were still about 8,500 feet in the air.

The pilot, Lynn Goodsell of Newton, Utah described the incident.

“We was climbing, gaining altitude, and we just lost engine power,” he said.

That’s when Goodsell started looking for a place to put the plane down.

“We started looking for a road to land on—preferably a dry road,” he said. “We couldn’t see any roads without power lines.”

Kara fielding, one of the passengers, said that’s when they decided to land in an empty field.

“I said, ‘Are we really going to land out here?’ and he said ‘yes.’ That’s when I started praying really hard,” she said. “I did have a little bit of a pit in my stomach, but I felt like overall it would be OK.”

The planes plummet was not unnoticed on the ground. Dave and Steven Chase were out riding snow machines when they saw the plane.

“We looked up and saw a plane gliding just barely above the house, coming over the top of us,” Dave Chase said.

Steven Chase had a more personal experience with Kara Fielding as the plane went by.

Goodsell managed to land the plane in a cornfield filled with snow. The plane went end-over-end and landed upside down.

The flight was a birthday gift for Kara Fielding, who had never been on an airplane before. The other passengers were her infant son, Jonathan Fielding and Katherine Mohlma.

There were no major injuries, just some scratches. The child was taken to the hospital to be observed overnight in case of injury. The cause of the accident remains unknown.