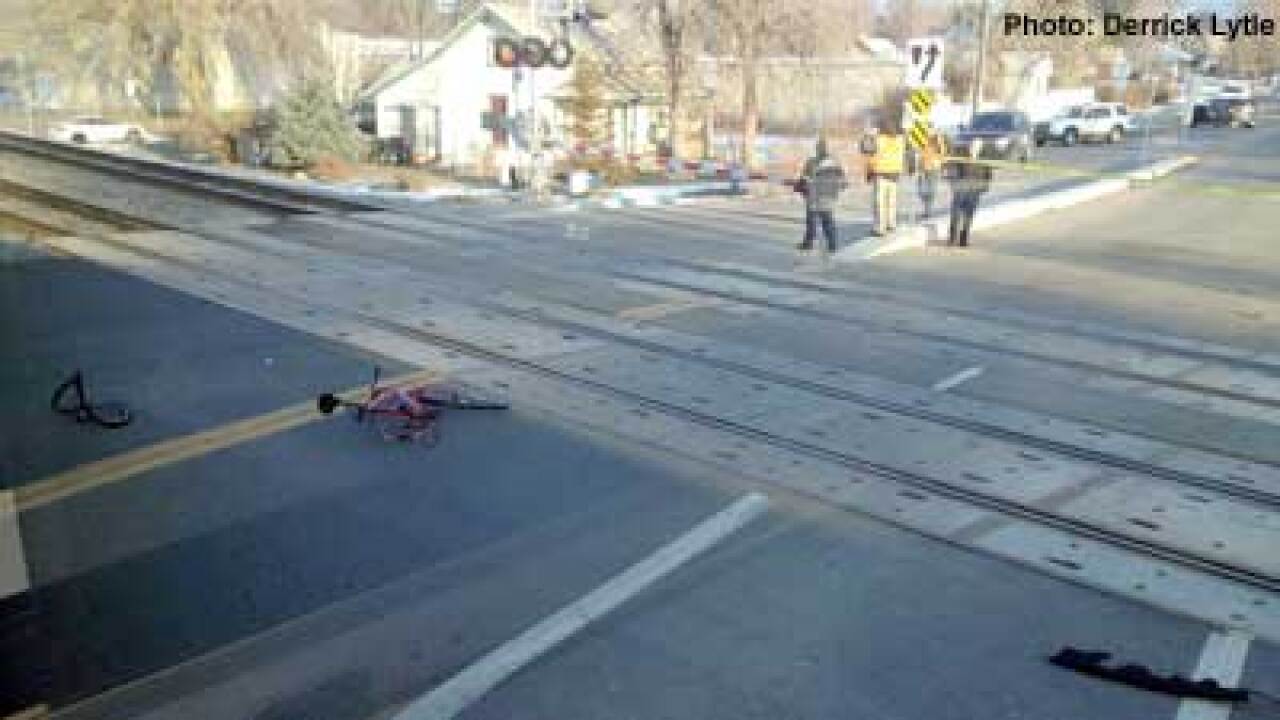 PROVO, Utah - A Brigham Young University employee was killed Friday morning when he was hit by a FrontRunner train in Provo.

Police say that 69-year-old Douglas Crow was riding a bike near 600 South and 700 West in Provo at around 7:30 a.m. when he was hit by an SUV then struck by a FrontRunner train.

According to police, CPR was initiated at the scene by first responders before Crow was taken to Utah Valley Medical Center where he was pronounced dead.

Investigators say the driver of the SUV stayed at the scene and is cooperating with officials.

Crow had been an employee at Brigham Young University for more than 30 years. His son Mel Crow says that he was planning to retire later this year.

"Today he actually took the day off from work. He's due to retire this year so it's kind of rough, bad timing," Mel Crow said.

BYU issued a statement Friday in response to Crow's death. It said, in part, "We are deeply saddened by the death of longtime BYU employee Douglas Crow. Our thoughts and prayers are with his family at this time."

Randy Viertel, who lives across the street from the FrontRunner tracks says that Friday's incident isn't the first time he's seen an accident at the intersection, and that it's the second pedestrian death in a matter of months.

"There's people walking or biking try to beat the arm because the arms come down first and they think they've got enough time to get around," Viertel said.

FrontRunner was temporarily closed in the area and passengers were bused to a nearby station, but it has since reopened.

Investigators ask anyone with information or who may have seen the accident to contact Provo police.