Teen plays piano despite only having 3 fingers on each hand 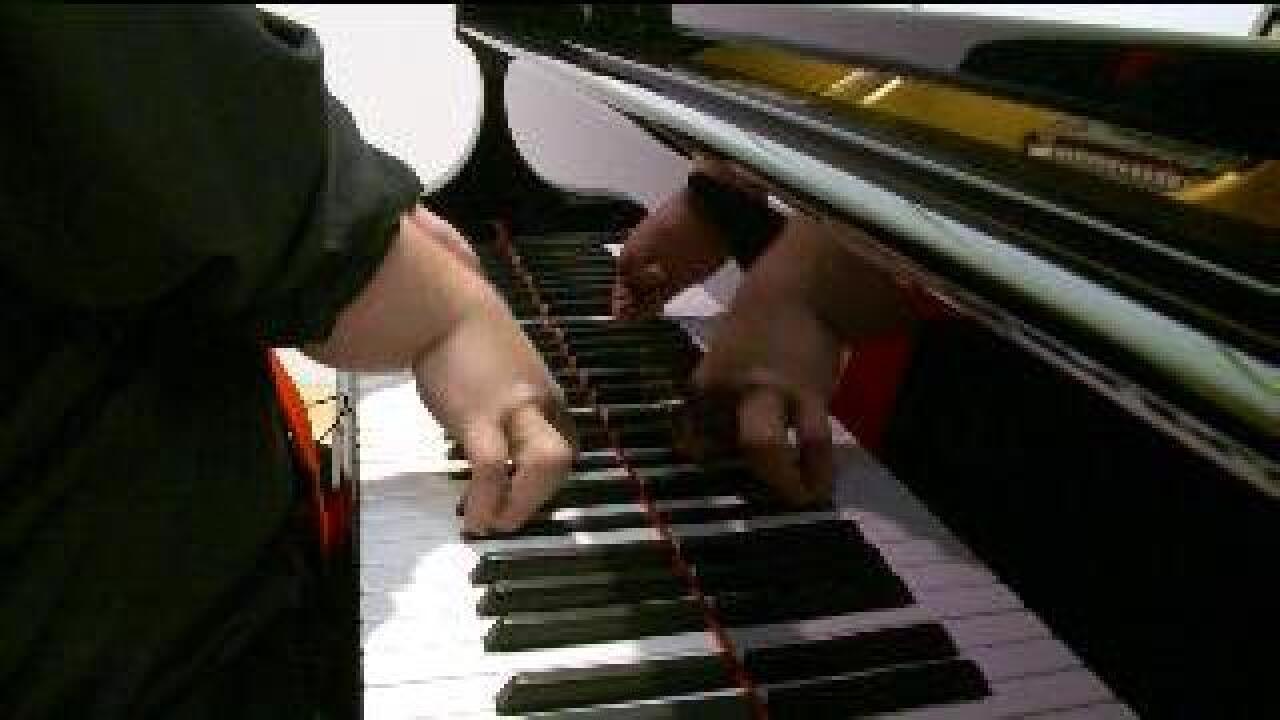 OGDEN, Utah -- Learning to play the piano with all 10 fingers is no easy task, but one Utah teen has mastered the piano despite having only six fingers.

Landon Weeks is 16 years old, and he plays the piano despite a difficult medical condition.

Landon said he decided to learn to play the piano after watching his brothers play, and his love for the instrument allowed him to overcome the obstacles in his way.

“It just comes to me I guess, because when I started playing it I just fell in love, and it just got easier,” Landon said.

Lynette Weeks said it was a struggle to find a teacher for Landon, but they found an ally in another performer playing through obstacles of her own.

“The teachers were kind of hesitant to teach him, but we did find a teacher that herself used to be a concert pianist, and she became paralyzed in one arm and then she was only able to use two fingers on her other arm,” Lynette Weeks said. “She said if she could play with two fingers she could teach Landon to play with three.”

Weeks said her son shares his talents at local schools to encourage other children to pursue their dreams.

“The elementary kids, their jaws are on the ground, and they can`t believe what they`re hearing and seeing, and Landon tells them just to follow their dreams and not give up and to follow through with everything they want to do in their lives because the sky`s the limit,” she said.

And Landon is inspiring others as well. Local music producer Kim Lewis has caught the vision too, and he is teaming up with Landon to create a music video.

“Amazing talent, amazing person just everything about him is very genuine and real,” he said. “It`s an incredible experience and a very cool thing to be a part of.”

Landon and his family hope the music video will help inspire people around the country and prove that obstacles can be overcome.

“I just put my heart to it, and it works,” Landon said.