FRUIT HEIGHTS, Utah -- A local 9-year-old girl suffering from a tumor in her head is getting love and support through a Facebook movement that features pictures of mustaches.

Several weeks ago Chad and Shelly Morris noticed their daughter, Maddie, didn’t use her left arm very much, and the hand on that side wasn’t working well. They made a call, and their doctor told them to take Maddie to Primary Children’s Hospital immediately.

“An MRI later we found out she had a tumor in her head, and it was bigger than two golf balls, so it’s a good-sized tumor” Chad Morris said.

Chad Morris said his daughter’s tumor is on the pituitary gland just underneath her brain. Doctors recently removed about 90 percent of the tumor, but Maddie is still at the hospital struggling through the pain of recovery. Her family has been helping her through things with the help of some hairy upper lips.

“We have this collection of people wearing mustaches for Maddie,” Chad Morris said. “The idea just being to make her smile to let her know there’s a lot of people hoping and praying and loving her, and she likes that--she likes that a lot.”

Chad Morris said Maddie has always loved mustaches and finds images of them funny, and now hundreds of people have posted photos of themselves with mustaches, real and fake, on the Facebook pages of Chad and Shelly Morris. He said the trend started with family trying to help, and the movement spread from there.

Chad Morris said the simple gestures are helping his daughter, and he has a positive outlook on things for now.

“We're good,” he said. “We're hanging in there--a lot of hope we've got great doctors and things are going to go well.”

To submit your own Mustaches for Maddie photos or see pictures our viewers have submitted, click here. Supporters may also tweet pictures using the hash tag #mustachesformaddie 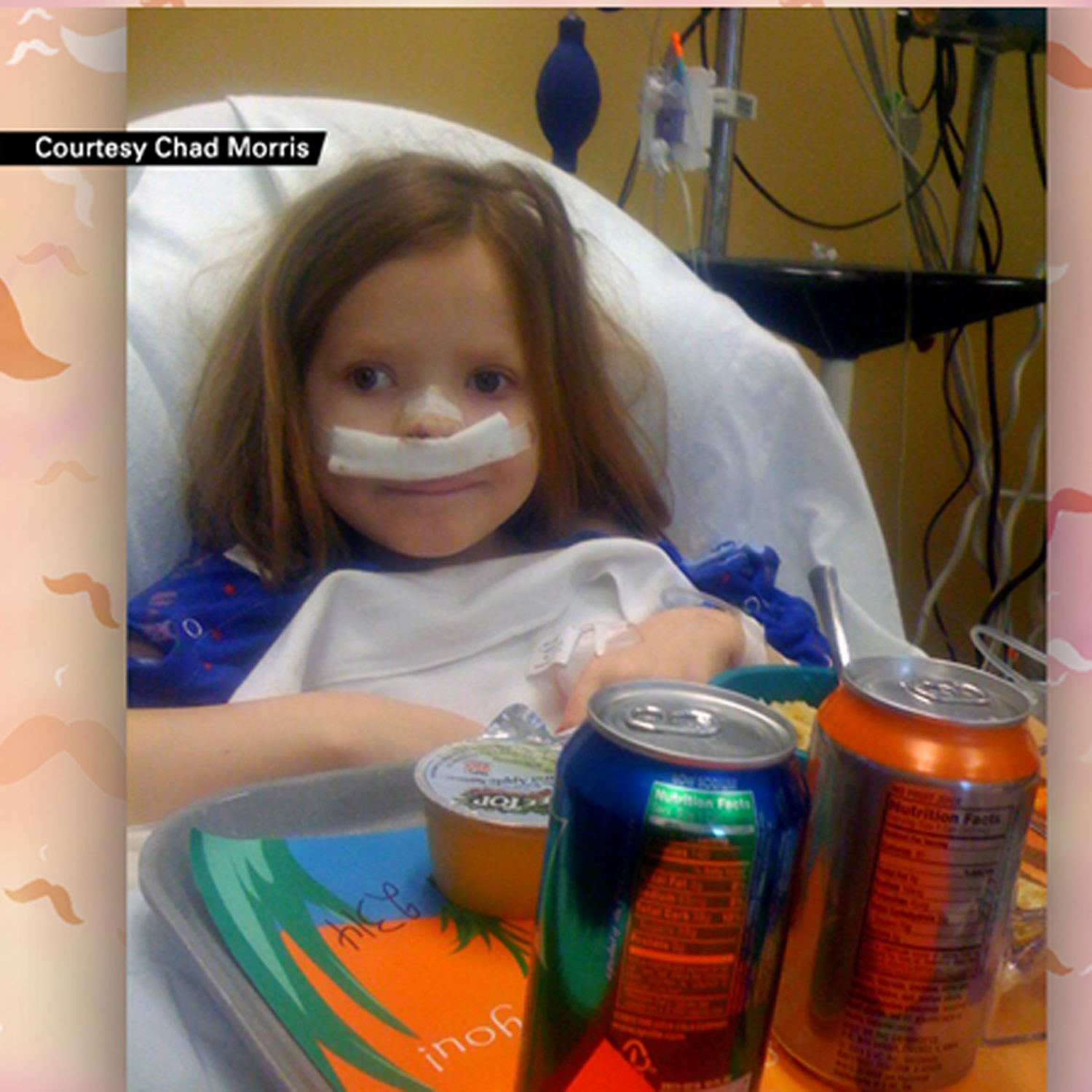