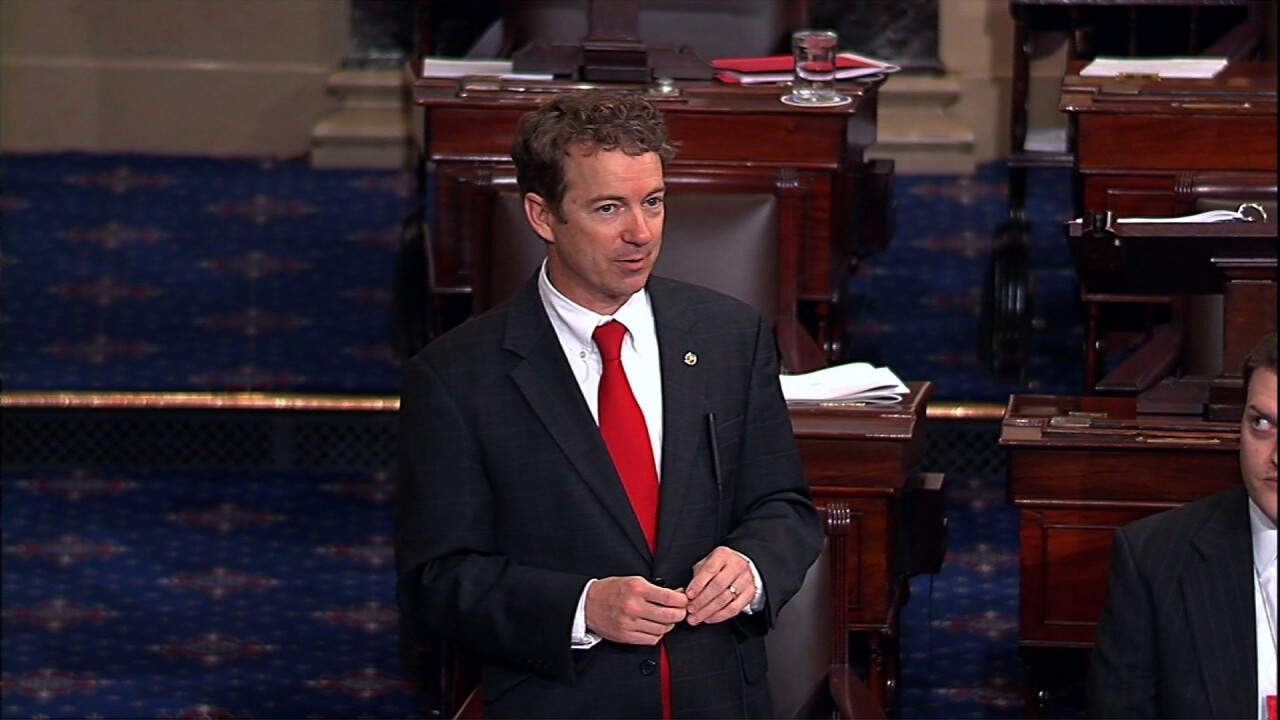 (CNN) — Sen. Rand Paul of Kentucky won the presidential straw poll at the Conservative Political Action Conference on Saturday. Paul won with 25% of the vote and finished slightly ahead of Sen. Marco Rubio of Florida. In third place was former senator and presidential candidate Rick Santorum of Pennsylvania.

Nearly 3,000 votes were cast by attendees at the three-day conference held at a hotel just outside of Washington. The straw poll is considered one way to gauge where the conservative base stands on potential Republican nominees. The ballot included 23 Republicans with a national political profile as well as spots for write-ins and “undecided.”

Former Secretary of State Condolezza Rice and 43 others — including former president Richard Nixon, who died in 1994 — received at least one write-in vote.

Another potential presidential candidate, former Florida Gov. Jeb Bush, asked not to be on the ballot. New Jersey Gov. Chris Christie, who received 7%, and Virginia Gov. Bob McDonnell, were on the ballot but were not invited to speak on the main stage.

Paul earned himself a serving of goodwill from conservatives after he stood for nearly 13 house on the Senate floor, filibustering and demanding the Obama administration answer his question about the government’s authority to use drone strikes against American citizens on U.S. soil.

His father, former GOP congressman and presidential candidate Ron Paul, won the straw poll in 2011 and 2010.

Rounding out the top 10 vote-getters were Wisconsin Gov. Scott Walker at 5%, Sen. Ted Cruz of Texas at 4%, Louisiana Gov. Bobby Jindal at 4%, and Alaska Gov. Sarah Palin — the 2008 GOP vice presidential candidate — with 3%.

Dr. Benjamin Carson, a neurosurgeon who became a political figure after speaking at the National Prayer Breakfast last month, had a speaking slot at CPAC and garnered 4% of the vote.

Only 1% reported they were undecided.

— CNN’s Steve Brusk and Gregory Wallace contributed to this report