3-year-old with leukemia has wish fulfilled 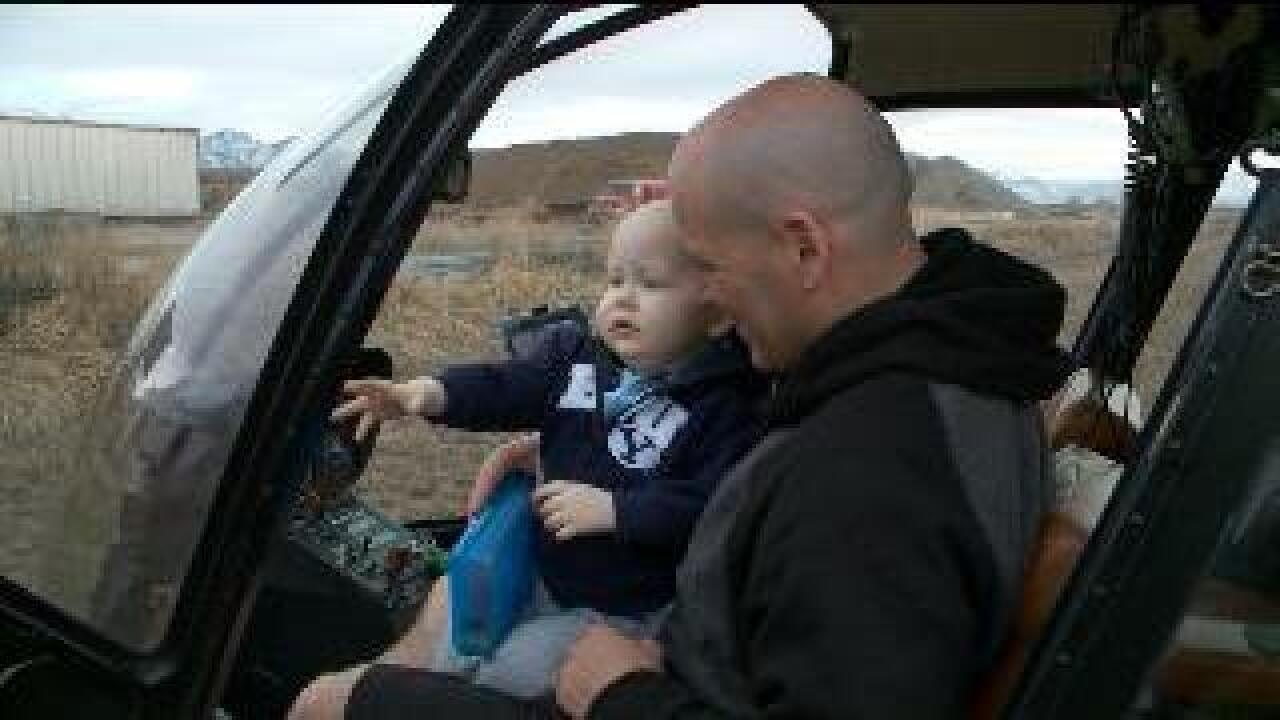 Ty has been in treatment for leukemia for the last nine months, and Stevens said Ty’s condition is getting worse.

"We're kind of out of options, and we're just kid of living out the last days and enjoying as much as we can,” he said.

The Make-A-Wish Foundation and Whirlybird Helicopters stepped in to help alleviate some of the sadness the family is facing.

"Out of nowhere a helicopter comes out of the sky and lands here in the field, and we find out it's for this little guy, and one of his biggest dreams is being fulfilled as far as getting to ride in a helicopter,” Stevens said. "Once he got in there and realized it was moving his eyes got pretty wide and realized we're going up in the air, he gets up in the air, and he didn't really know what to think. He was pretty excited about it."

I've never seen anyone that small smile that big before,” he said. “He had a great time."

Jodi Scott, Make-A-Wish Foundation, said she was happy to help Ty and his family.

"To be able to give this little boy and his two sisters and mom and dad the opportunity to see him happy and be excited after nine months of sadness—it's a privilege for me to be a part."

To make a donation or get involved with the Make-A-Wish Foundation, click here.