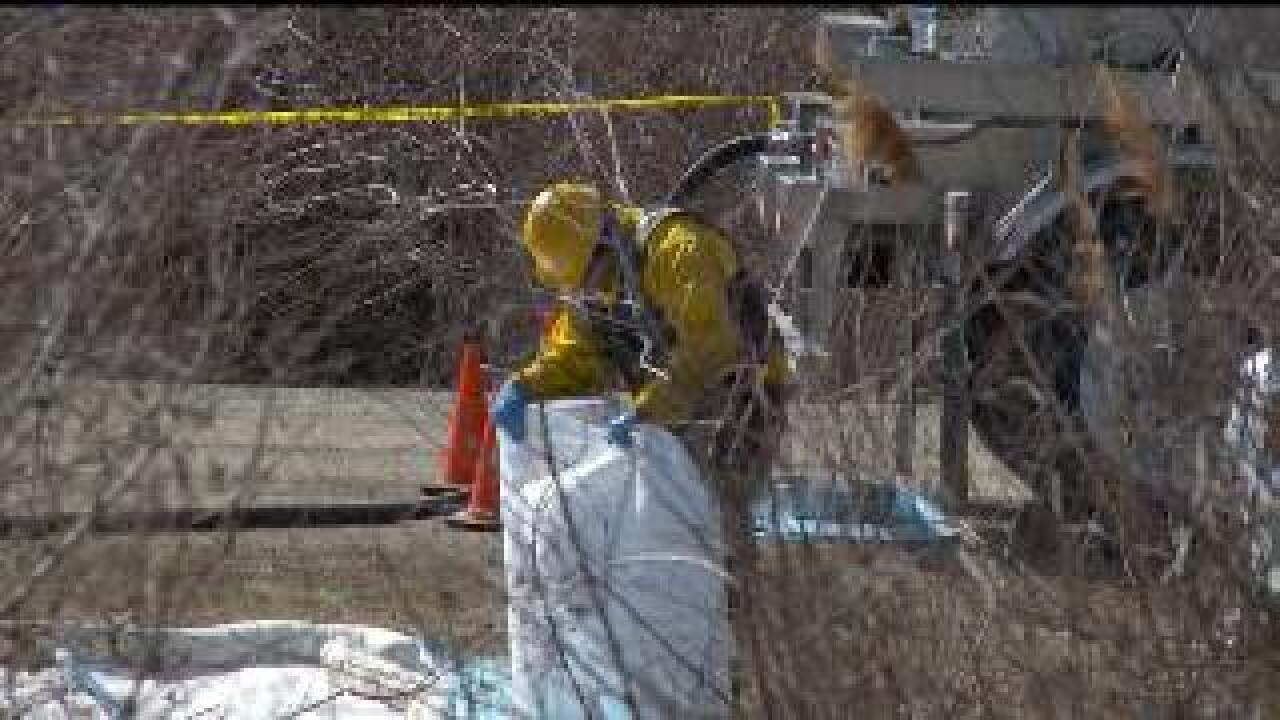 WILLARD BAY -- The amount of diesel fuel pumped into the wetlands near the Great Salt Lake from a broken pipeline has increased.

The Utah Department of Environmental Quality said Monday that the amount of fuel could be close to 27,500 gallons. An order handed down by the U.S. Department of Transportation's Pipeline and Hazardous Materials Safety Administration (PHMSA) has shut down Chevron's fuel line that stretches from Salt Lake City to Boise, Idaho until further notice.

The 8-inch steel pipe broke on March 18, spilling diesel fuel into the wetlands near Willard Bay. A beaver dam helped prevent the fuel from reaching the freshwater reservoir, but three beavers were contaminated.

On Monday, federal officials toured some of the damage as Chevron workers continued cleanup. A representative from the U.S. Bureau of Reclamation, which owns the land the fuel line broke on, told FOX 13 the damage is "significant."

"In the wetland area, it's significant," said Jeffrey D'Agostino. "There's going to be some major remediation there as far as cleanup goes."

Given the scale, D'Agostino said it's unknown how long cleanup of the wetland area could last. Chevron has said it will cooperate with federal investigators looking into the cause, as well as cleanup efforts.

PHMSA's Corrective Action Order said the fuel leak may have been caused by a longitudinal seam failure; but the exact cause remains under investigation. The 8-inch steel line was built in 1950, Chevron said. The company has declined to answer questions about its pipeline infrastructure.

This is the third pipeline problem Chevron has faced in Utah in the past several years. Two separate failures led to crude oil filling Red Butte Creek and a portion of Liberty Park in 2010. One of the victims of the fuel spill, Peter G. Hayes, stood in his backyard and pointed out areas he said are still recovering.

"The Red Butte spill was a horrific accident on the part of Chevron due to neglect and incompetency in the way they manage their pipeline," Hayes told FOX 13.

He blamed the company for not maintaining its infrastructure, as well as political leaders whom he said have failed to hold the oil company accountable. Hayes is one of dozens of plaintiffs in a lawsuit against Chevron over the 2010 spills seeking millions in damages. The case is tentatively scheduled for trial in 2015.

Chevron settled with Salt Lake City for $4.5 million over the oil spills, plus an estimated $42 million in cleanup costs.

Hayes said he is suffering from a terminal lung disease he blames on the oil spill. He said the companies are paying out such low amounts for environmental problems, a spill like Red Butte Creek or Willard Bay means nothing to them.

"They don't care and that's the problem," Hayes said. "They don't have to care, because they don't get punished."