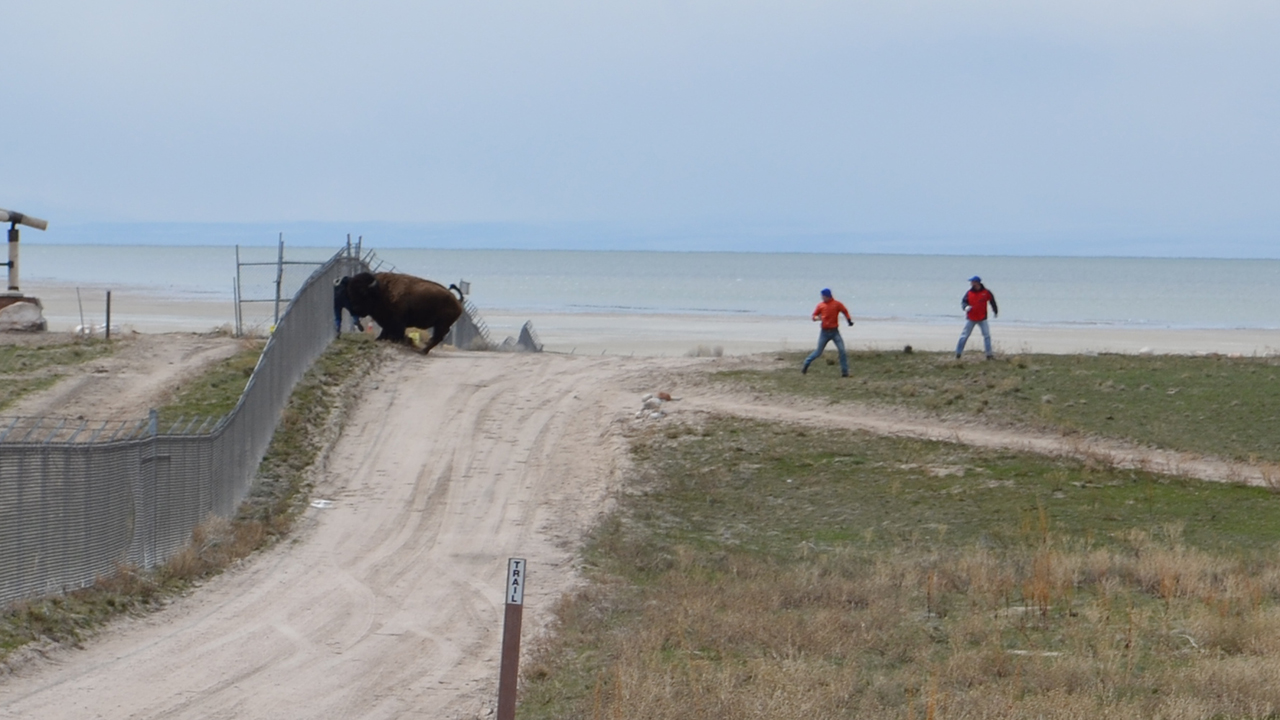 A spectator captured a picture of a man being pinned to a fence by a 1,500 pound bison on Antelope Island last Friday.

The man was watching his son compete in the 100-mile Buffalo Run when he encountered the animal near White Rock Bay. Antelope Island State Park officials said the man has harassing the bison, but they chose not to cite him.

About 700 bison live on the island.