Car engulfed in flame slows traffic on I-15 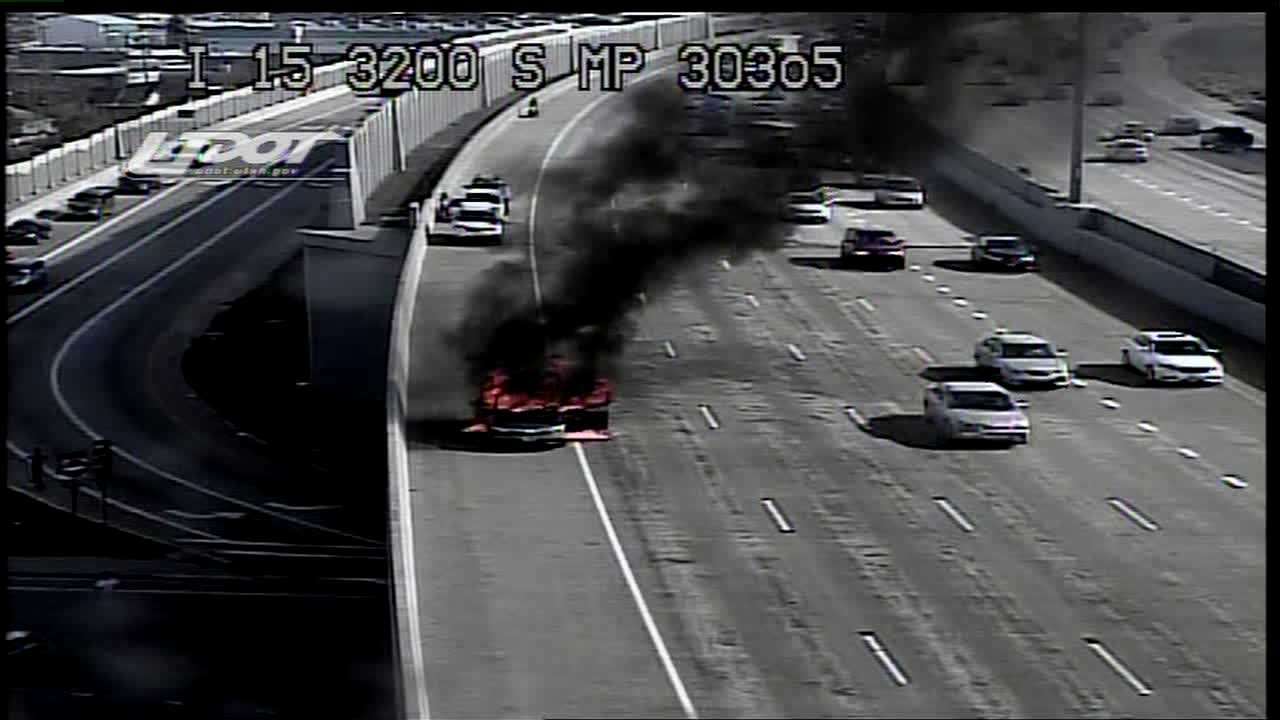 SALT LAKE CITY — Traffic was slowed along I-15 shortly after 5 p.m. when a car caught on fire and sat burning on the side of the road.

The Utah Highway Patrol said the vehicle was an older-model Nissan or Honda being driven by a woman going northbound on I-15. The woman reportedly told UHP officials that she noticed a pile of newspapers in the back seat of the car had caught on fire.

The woman pulled the vehicle over near 3300 South, and she managed to get out safely. Fire crews arrived and put out the flames. The vehicle was a total loss.

The Utah Highway Patrol said the woman told them she was a smoker, but she said she had not been smoking at the time, and she had not smoked for a while.