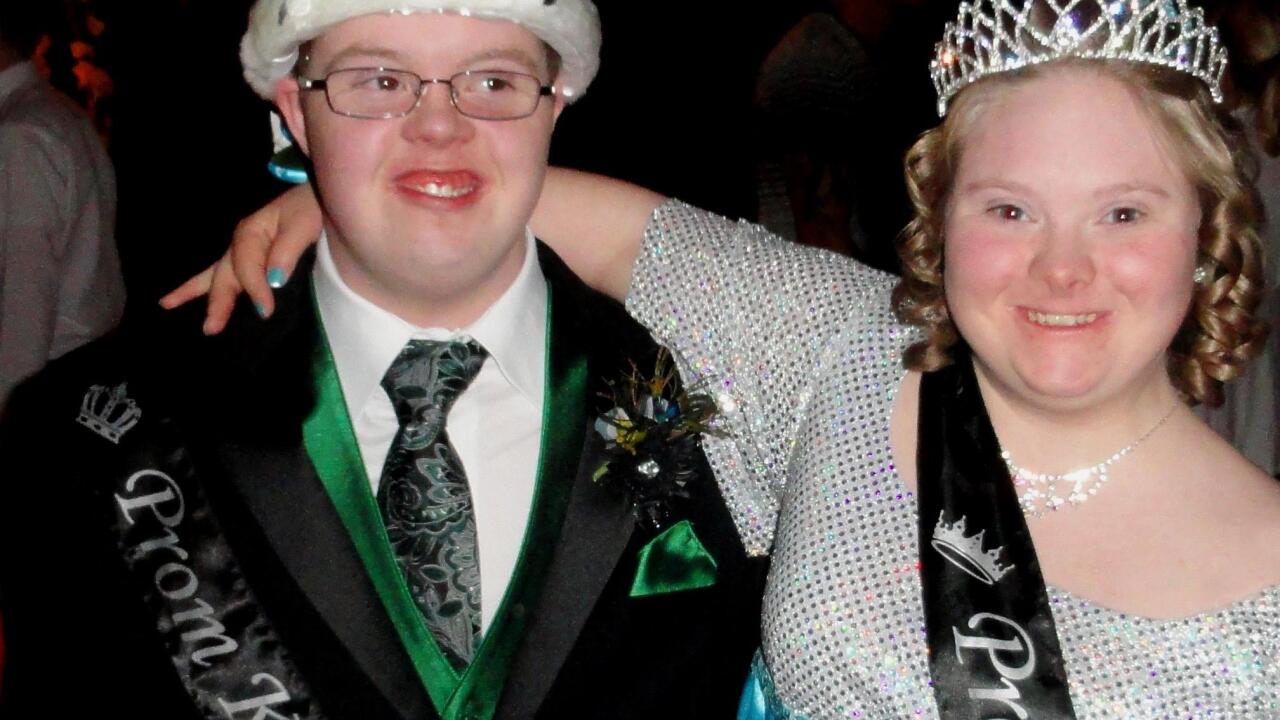 KAMAS, Utah -- Four students at South Summit High School made sure that this year’s junior prom will be a night many students will never forget.

Jack’s father, John Simmons, said Courtnee Marthee, who is a senior at South Summit High School and an aide, told the family she wanted Jack to ask her to prom. Jack and his mother covered her bedroom in construction paper hearts, for a “heart attack.” Courtnee, of course, said yes.

Senior Zach Beasley asked Autumn to the prom, and the four teens decided to make the date a double. The prom date is traditionally an all-day affair, and the teens went for pizza and bowling before donning their formals for dinner and dancing.

Courtnee said she had a great time.

“We were the lucky ones to take these guys to prom,” she said. “We are the ones that are grateful. We should be telling these guys thank you.”

At the dance, Jack and Autumn were voted as the Junior Prom King and Queen. John Simmons said the excitement got to both members of the royal pair.

“You’ve got Autumn excited and shy as she she’s coming out of the crowd,” he said. “And then they announce Jack, and you see him take one big step with a grin, and then he's running up to the court with just a grin from ear-to-ear… The students were as happy for Jack and Autumn as Jack and Autumn were for themselves.”

John Simmons said the vote meant a great deal to him, and he said the kindness is a regular thing from the kids at South Summit High School.

“It was a really big deal to have these kids asked to the prom, but that's how the students at South Summit treat these kids all the time,” he said.  “They are popular at school. The kids treat them well. There's no bullying, there’s no snickers or snide remarks or mean things. Jack and Autumn have lots of friends at school… It was a big thing to see them crowned. That was really special.”

The grateful king and queen have been sending students a gift—some Junior Mints and a picture—to say thank you for their votes.