(CNN) — A North Carolina man’s decision to put tattoos on his two dogs is drawing yelps of criticism and wagging tails of support across social media.

Ernesto Rodriguez, a tattoo artist, said he put the intricate tattoos on the bellies of his two dogs so they could be easily identified if they were lost.

“They both have their tattoos on them just in case anything happens to them,” Rodriguez told CNN affiliate WGHP-TV.

In fact, tattooing is an acceptable form of identification for animals and even is one method advocated by People for the Ethical Treatment of Animals.

“Have dogs microchipped or tattooed through the National Dog Registry,” PETA says on its website, pointing out that unidentified animals can fall into the wrong hands.

“It is a crime in some states to perform experiments on animals with tattoos,” PETA says.

The National Dog Registry recommends on its website that a number of the owner’s choice be tattooed on the pet in an easily visible spot.

But on social media, some of Rodriguez’s critics say he took the identification idea too far.

“My opinion is that if you want to mark your dog you don’t have to do it so large. The skin on a dog’s stomach is thin and will be more painful for the healing process. Nothing wrong with a small marking but a large one is a little much,” Jennifer L. Ward wrote in a post on Rodriguez’s Facebook page.

Rodriguez, who said the animals were sedated when the tattoos were applied, disagrees.

And he certainly has his supporters.

“I wish their tattoos were this creative,” Iverson wrote. 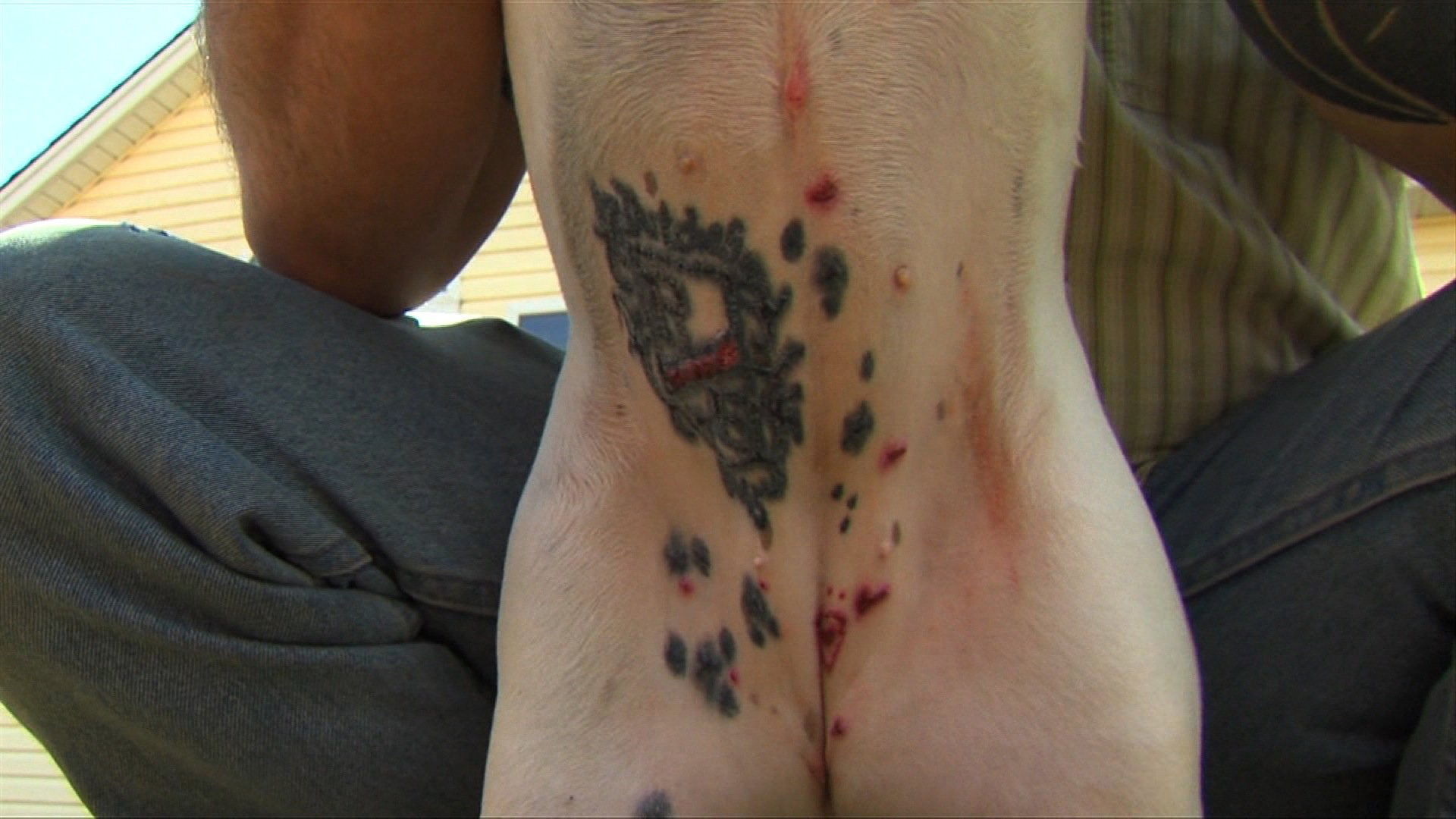