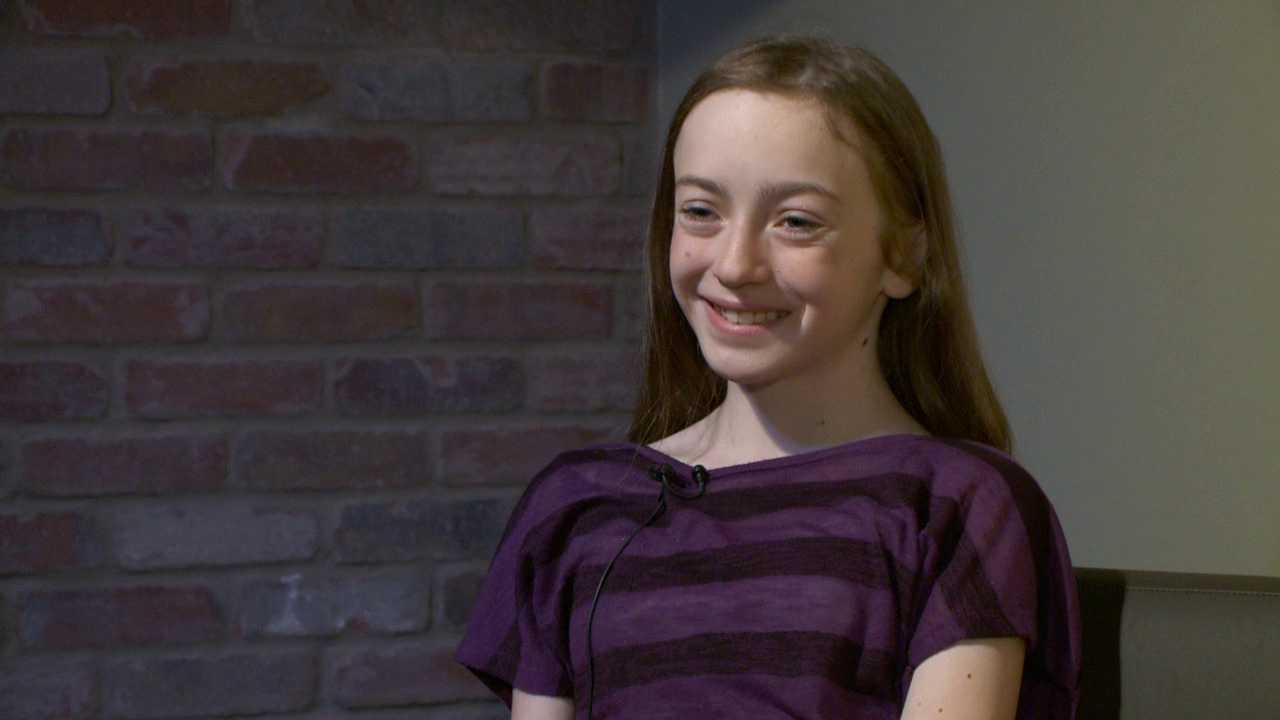 SALT LAKE CITY – Abby Wardell is 13 years old, and she has been courageous since the day she was born; Saturday marks the one year anniversary of the day she had a life-saving heart transplant.

Abby was still a baby when she had her first open heart surgery, and she was in and out of the hospital as she got older. When she was 11, doctors told her she needed a heart transplant. Abby said she felt exhausted all of the time, but she didn’t know the extent of the problem at first.

“We went in, and the doctor found that my heart was only working at only 13 percent, and we had no idea that this had been happening, so it came as a really big shock,” she said.

Abby’s mother, Nicole Wardell, said that was a difficult day.

“I think it's the first time in my life where I felt anguish,” she said.

Others were anxious, but Abby said she knew she’d get a heart, and she was right.

“I was listed on Monday, and I got the call on Thursday,” she said. “The night before I couldn't sleep, I just had this really strong feeling that my heart was coming.”

On April 13 of last year, Abby’s life was saved by an organ donor. She said that was a new beginning for her.

But Abby knows that gift wasn’t without a cost.

“I still feel sad sometimes,” she said. “I think I had a little bit of survivor's guilt almost. I think about my donor family every day, especially today because it's the one year mark.”

Abby has connected with her donor family through letters. She said she learned some things about the person who gave her a heart.

“He liked acting, a lot like me,” she said. “He lived in Colorado, and he liked riding horses, and I love riding horses. He was kind of a goof ball from what I gathered. He played lacrosse and football. I had a feeling he liked making people laugh.”

Nicole Wardell said the first letter was hard to write, and she said she is incredibly grateful for the donor who saved her daughter’s life.

“I hated starting off the letter, ‘dear donor’ because this person had such a huge impact on my life,” she said. “They gave me the gift of my daughter’s life… The words ‘thank you’ feel so inadequate, but there's no way to really express how you feel for someone who made that kind of a sacrifice.”

Abby said she hopes the donor’s family sees this story, and she has a message for them.

“I'm really grateful to them, if they ever watch this, and I love them,” she said.

For more information about organ donation, see the links below.