LAYTON, Utah -- Layton police hope security footage will lead them to the person who planted a pipe bomb that was found on the roof of Mountain View Elementary School Monday morning.

At around 11:30, a maintenance worker discovered the device and brought it inside the school, against school protocol, to show it to a supervisor.

“I’m not necessarily sure why he did that. Certainly isn’t part of our protocol. For his own safety, if he sees it, he doesn’t touch it and then notifies his principal,” said Chris Williams, spokesman for the Davis School District.

Authorities were immediately notified, and more than 700 students were evacuated and taken to a nearby LDS church. Their parents were alerted to the situation by an automated phone call.

“You see it happen so far away you never think it’s going to happen to you so close. It’s kind of scary,” said Jessica Alvarez, who rushed to the church to pick up her nephew.

Lt. Shawn Horton said, “Four inch piece of plastic pipe, like a PVC pipe, with a couple caps on the ends.”

Police safely removed the bomb from the building and destroyed it in the school’s parking lot.

“It’s a water gun of sorts. They deploy a water charge into it and just explodes the outside of the device and makes it safe,” said Horton.

Investigators plan to examine the remaining pieces of the device for DNA evidence or fingerprints. They also hope surveillance video from the school will provide some insight into how and when the bomb landed on the roof, although police are considering the possibility it was placed there Saturday or Sunday.

Horton said, “There was a maintenance worker that went up to get a ball down for some of the kids on Friday afternoon. He didn’t see anything up there at that point in time. That doesn’t mean it wasn’t up there, but he didn’t notice anything up there besides the ball.”

Maintenance staff members at all schools in the Davis School District were asked to inspect their respective facilities for anything suspicious. According to Horton, nothing was recovered.

“We were pretty scared and worried. I’ve never experienced something like this where we’ve had to actually like come out of the school grounds and evacuate somewhere,” said fifth grader Kiana Madrid.

Authorities had cleared the school by 5 Monday evening. 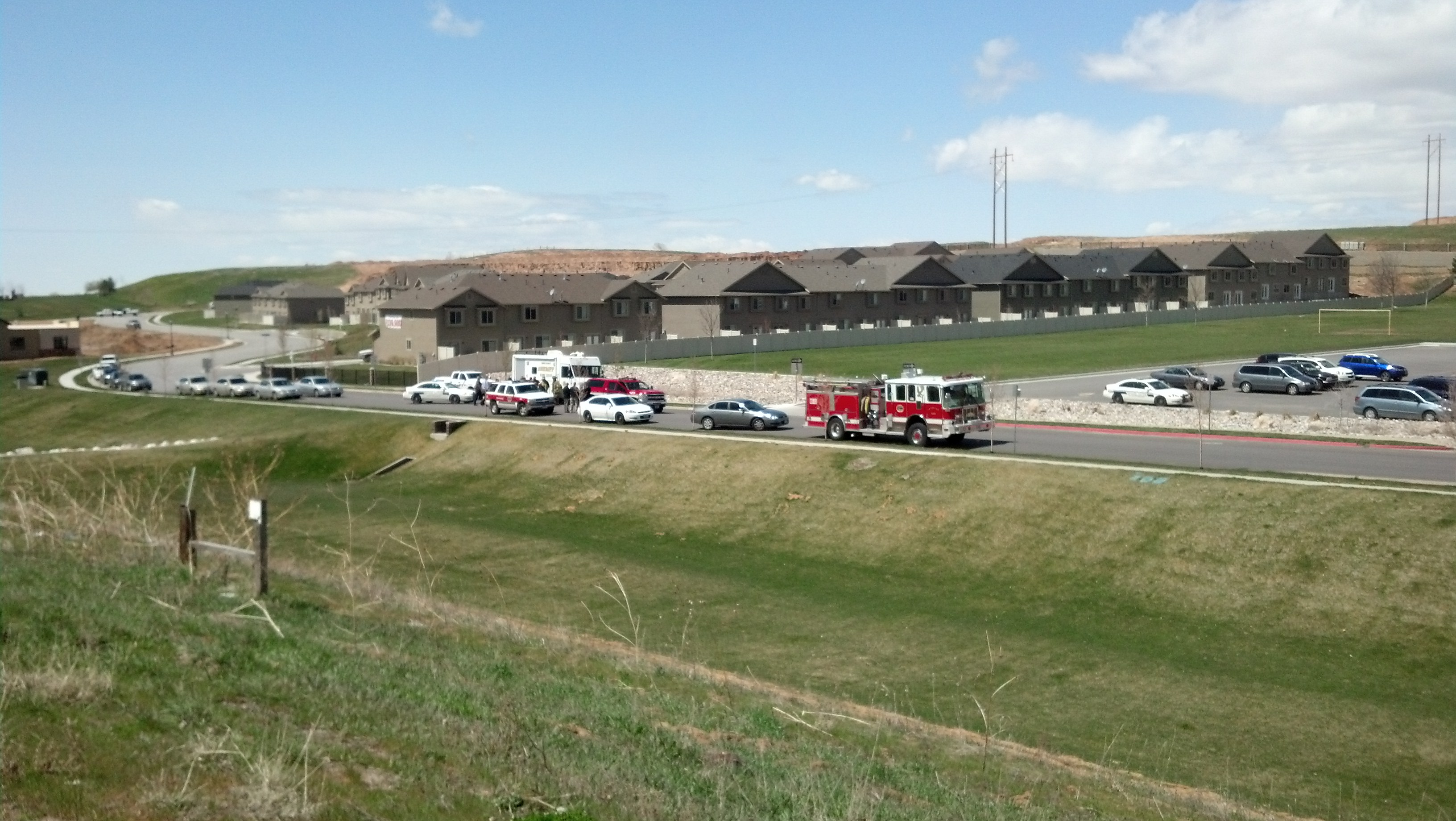