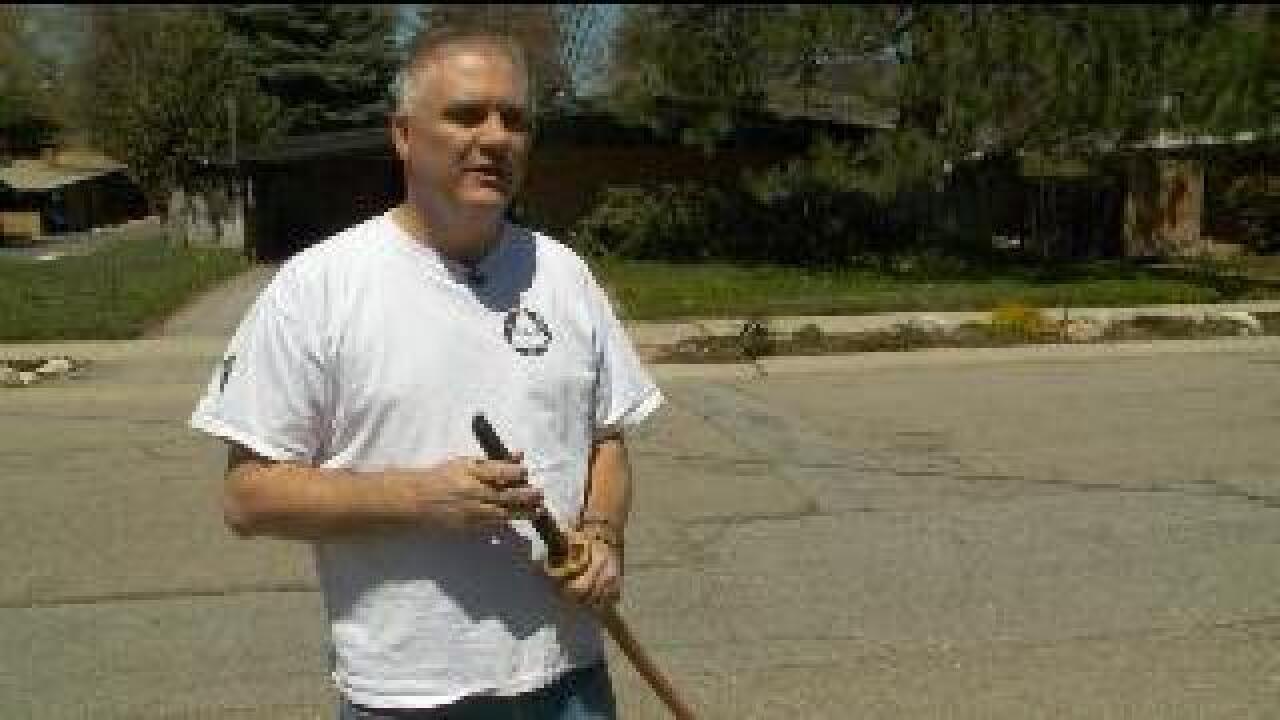 MILLCREEK, Utah – An LDS bishop with a samurai sword was one of several neighbors who came to a woman’s aide after a man assaulted her and tried to get into her home on Tuesday morning.

Hoyal said 37-year-old Grant Eggertsen assaulted a 35-year-old female victim and tried to get inside her home as she was leaving. Hoyal said the two had a professional relationship in the past, and when that deteriorated the victim had obtained a stalking injunction against Eggertsen.

The victim screamed and ran from the home. Eggertsen gave chase, and a physical altercation took place. The victim tried to pepper spray Eggertsen, but that was not effective.

Several neighbors heard the noise and came outside and confronted Eggertsen. One of those neighbors was Kent Hendrix, who is a bishop with the Church of Jesus Christ of Latter-day Saints and a black belt in karate.

Hendrix says his teenage son alerted him to the incident going on outside.

"He comes running in pounding on my door saying, 'Dad, someone's being mugged in front of our house.' So I threw my clothes on, grabbed my sword and out I came," Hendrix said.

Hendrix came outside with a samurai sword, and he wielded the weapon while he and other neighbors confronted and then chased Eggertsen away. Eggertsen ran to his car and drove off.

"As he was coming through the fence, this is where I drew down on him and told him to get down on the ground," Hendrix said. "His eyes just got huge and he was taken aback that he was staring down 29 inches of razor."

Hendrix has studied martial arts for decades and owns his own academy. He says he's thrilled to use his training for good.

"I've never had to use my martial arts until today, in anger, happy things worked out well," he said.

Eggertsen turned himself in within an hour of the incident. He was charged with violation of a stalking injunction, trespassing, attempted burglary and robbery.

“There were several neighbors that came out to this victim’s aide, one of which was carrying a sword,” Hoyal said. “And ultimately, as a result of the efforts of these neighbors, hopefully caused this suspect to give up the attack on this victim and take off running."

The victim had minor injuries from the assault, and she refused medical treatment at the scene of the incident.