Police and fire crews responding to flooding homes in Murray 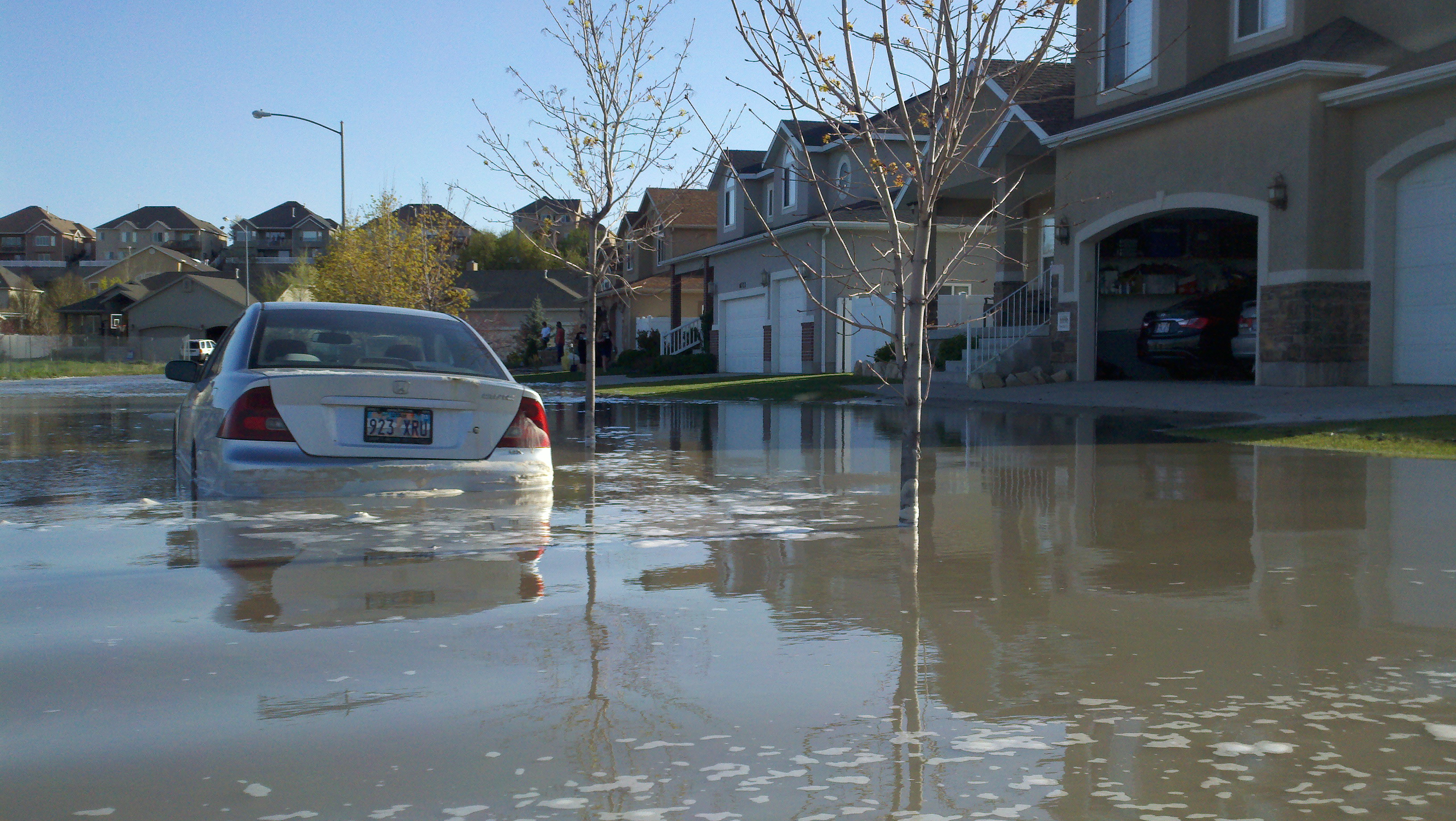 MURRAY, Utah — A neighborhood in Murray was underwater Saturday evening after the North Jordan Canal breached, sending water rushing into homes and streets below.

“Like a tsunami of water coming down that driveway,” said resident Scott Goodman, whose home was one of approximately eight damaged by flood water.

The canal runs adjacent to the Jordan River, near 1209 West and 6700 South. The breach began as a small leak in the canal’s wall. A neighbor who noticed the problem notified authorities, but by the time they arrived the wall had been ruptured.

Frustrated residents stranded on their street were forced to wade through their homes.

“All these houses are flooded; I’ve got 6 feet of water in my basement,” resident Stephen Linge said.

Linge said this was not the first time the neighborhood has had problems with the canal.

“It broke like nine months ago, and the company didn’t do anything about it to reinforce it,” he said. “They told everyone it had been reinforced, and it was better than ever. Take a look around: It’s not better than anything.”

But the recent leak has no relation to what happened Saturday, according to Boyd Simper of the North Jordan Canal Irrigation Company.

“We used clay to repair that bank, which did not tear away. This breach was five houses down. We’ve had two breaches and one slide along the whole canal since 1884,” said Simper, who explained that the canal had been there since the 19th century.

The company’s superintendent inspects the canal every day, according to Simper, and it’s unclear what caused the wall to breach.

Significant damaged caused to homes could be covered by the company’s insurance.

“I have a $13 million dollar insurance policy on the canal,” Simper said.

Water flow to the canal was shut down by Saturday evening, as Murray police and fire officials worked to divert flood water towards storm drains and the Jordan River.  By 9 p.m. water had mostly receded from the neighborhood, and police were allowing traffic to pass through.