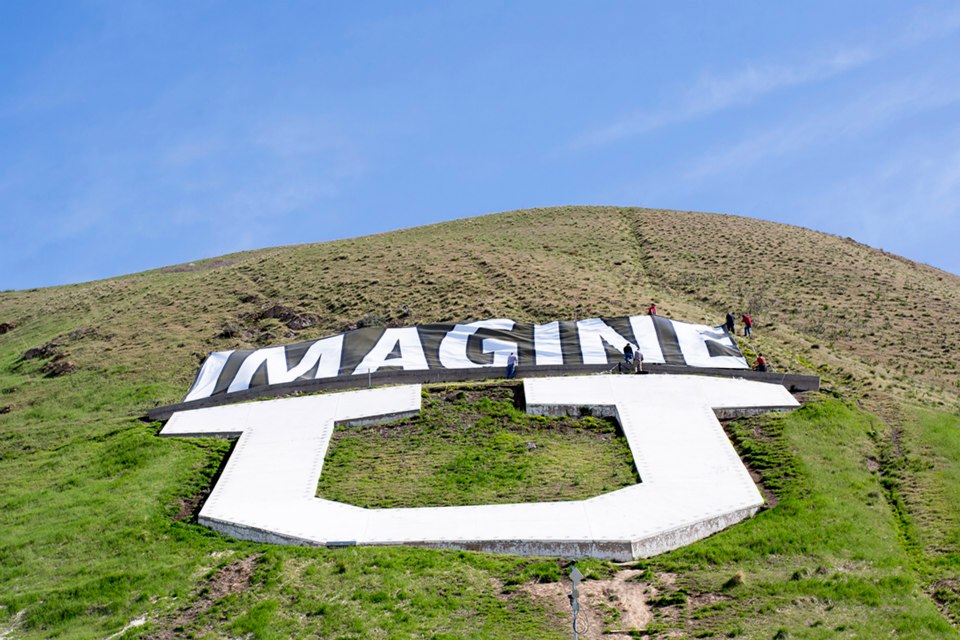 SALT LAKE CITY – Residents were surprised to see the word “imagine” had been added to the large block U on the hillside above Salt Lake City this week.

Brian Rasmussen, marketing director at the U of U, said the addition was suggested by students.

“The block U is a landmark seen across the valley,” he said. “When a group of students suggested the idea, we agreed it was the perfect way to share our message and honor this year’s graduates.”

According to the press release, The Imagine U campaign is part of the university’s new marketing strategy, which seeks to define the school as a tier-one teaching and research institution. Click here for more information about the campaign.

The banner will be displayed until May 6.