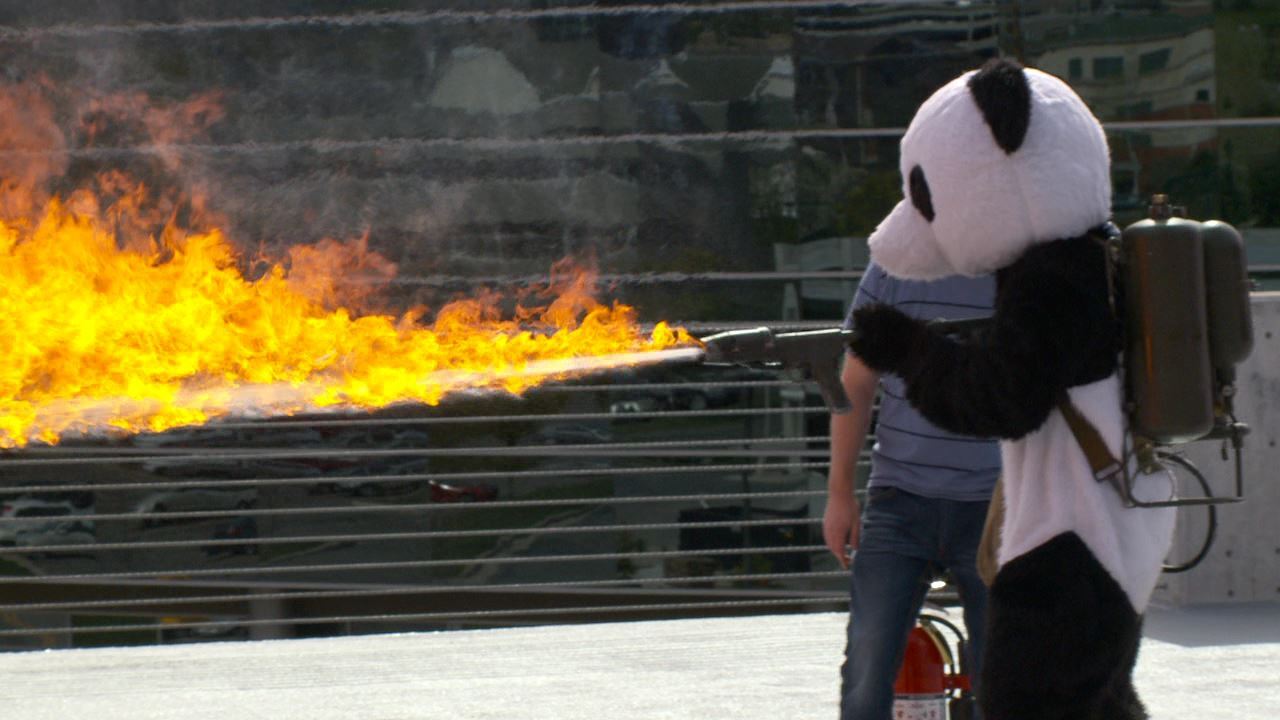 Instructure moved into its new office at 6330 South and 3000 East in Cottonwood Heights on Friday afternoon.

Instead of a ribbon cutting at the ceremony, they had a "ribbon torching." A man dressed as a panda, torched the ribbon with a World War II-era flamethrower.

The company recently signed an agreement with the state to bring more than 650 high-paying jobs to Utah over the next seven years, totaling $235 million in new wages and compensation.

"I think the tech sector in Utah is growing still and there's a lot of potential here. It's exciting to be able to be a part of that and help draw talent into the state. And also help people to understand that this is a hub for technology and will be going forward," said Brian Whitmer, company co-founder.

Instructure is an educational software developer behind Canvas, which is used by hundreds of colleges and K-12 school districts.