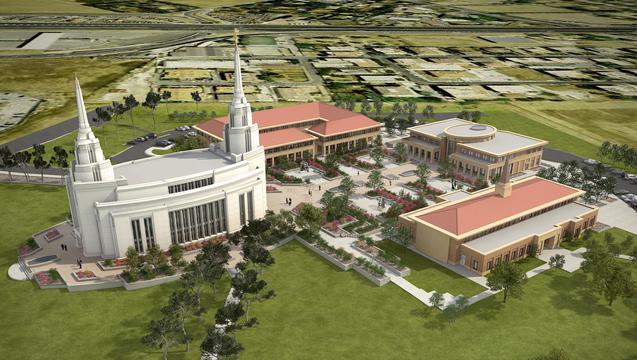 SALT LAKE CITY – The Mayor of Rome got a peek at the site of the future temple for the Church of Jesus Christ of Latter-day Saints last month.

Rome’s temple is the first LDS Temple in Italy and the twelfth in Europe.

Mayor Gianni Alemanno and president of the IV Municipality of Rome Cristiano Bonelli took a tour of the site in mid-April, provided by Elder José Teixeira, president of the Europe Area Presidency, and Roman Stake President Massimo De Feo.

The tour included a look at the construction site, a model of the Roman Temple and a rendering of what the four-building complex will look like.

Alemanno, an environmental engineer, says he was impressed by the high construction standards of the temple, including the care taken to minimize the environmental impact.