MURRAY, Utah – Police have released cell phone video and surveillance photos of a suspect wanted in connection with a bank robbery that occurred Friday afternoon.

The suspect entered the US Bank located at 888 East and 4500 South at about 2:43 p.m. and began yelling at the clerk and demanding money, according to a press release from the Unified Police Department.

The clerk complied, and the suspect left with an undisclosed amount of money. He was seen leaving in a red Chevy Blazer. The suspect did not show or threaten to use any weapons during the robbery. 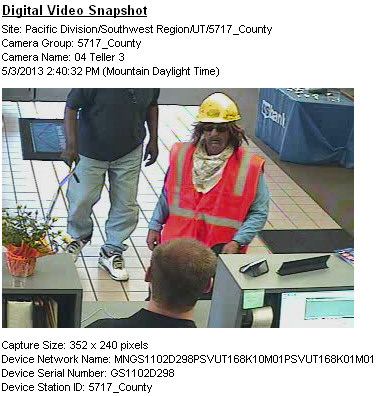