3 critically injured in wreck on I-215 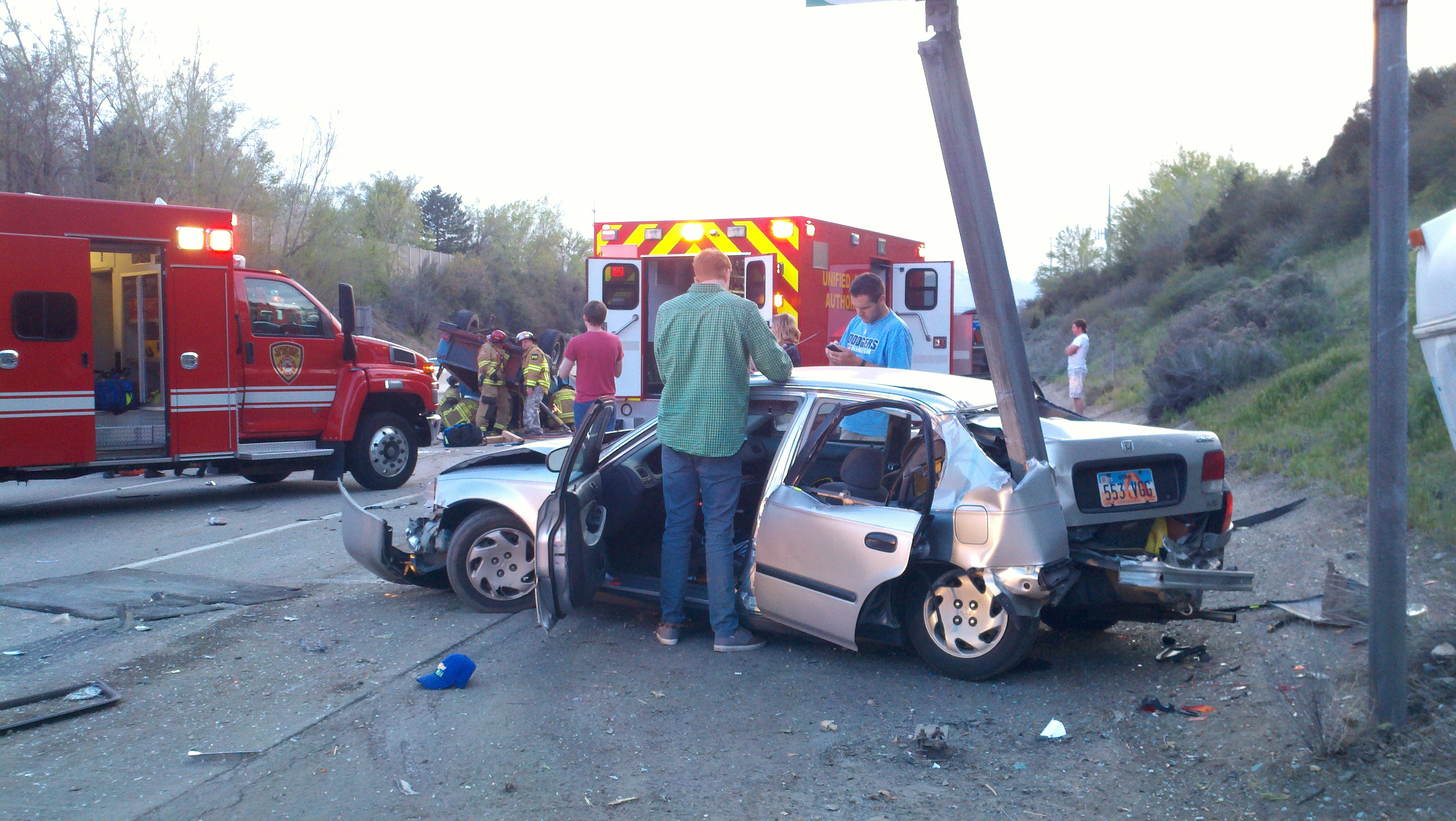 SALT LAKE CITY — Three people were critically injured and westbound lanes on I-215 in the area near 1300 East were closed Saturday night as emergency personnel responded to a car wreck involving two vehicles.

Lt. Steve Winward, Utah Highway Patrol, said the wreck, which happened around 8 p.m. Saturday, was between a Honda passenger car and a truck.

Winward said there were three people in the truck. They were not wearing seat belts, and all three were taken to a hospital in critical condition.

On Sunday, police identified the driver of the vehicle as 34-year-old James B. Usak. He was treated at a hospital and released. A passenger, 60-year-old James H. Usak, was trapped under the truck, and he is still in the hospital. Police said his condition is improving. The third occupant was 21-year-old Angelica Usak. She was ejected from the truck during the wreck. She is still in the hospital, and police said she is doing well.

The driver of the Honda, 22-year-old Hayden R. Smith, did not have severe injuries and was not taken to a hospital.

Winward said alcohol may have been a factor in the accident.

We will have more information as it becomes available.