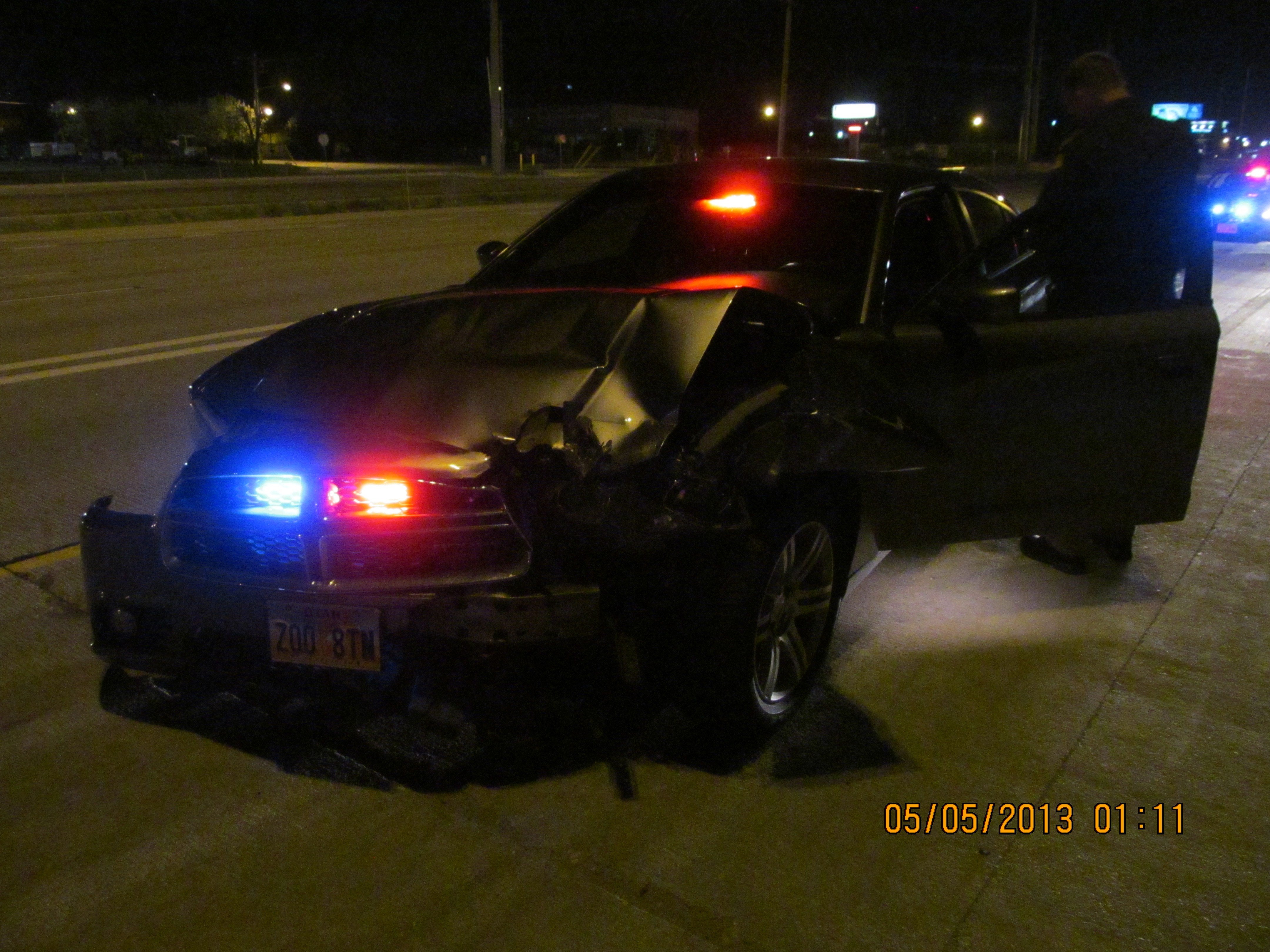 SALT LAKE CITY — A Utah Highway Patrol vehicle was damaged early Sunday morning as multiple troopers worked to stop a vehicle that was traveling the wrong way on I-15 in Salt Lake City.

Lt. Steven Winward, Utah Highway Patrol, said dispatch received a report of the vehicle at about 12:45 a.m. The vehicle was a 2000 Ford Ranger that was traveling south in the northbound HOV lane near 400 South.

UHP Captain Mark Zesiger attempted to stop the truck near 9200 South, and the vehicle crashed head-on into his patrol car, which was disabled by the impact. The truck kept driving south, but troopers were able to force the vehicle to a stop at 10500 South.

Axel Garcia, 22, was driving the truck, and he was arrested for DUI and other charges. There were no serious injuries as a result of the incident. Garcia traveled at least 12 miles going the wrong way before he was stopped.